Marvel has done it yet again. This time by telling a compelling origin story with the added benefit of having more than enough hints to the larger “it’s all connected” universe, that it almost requires more than one viewing. 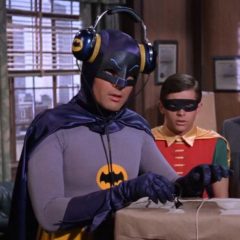 Even though Batman has no Superpower…

The DC Universe is more than comics these days, it’s also a cinematic universe, a television universe, and it has remained a stalwart of the comics publishing industry. It’s also served as an inspiration to artists across all mediums, and one place that is sometimes overlooked is DC’s influence in popular music.

You are interested in higher education, whether material or spiritual.
Courtesy is the password to safety.
Even the greatest of whales is helpless in the middle of a desert.
More Fortunes >