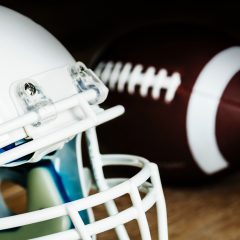 Witt, whose application for a Rhodes Scholarship was accepted, decided not to go to the interview. Why?