Even a broken clock is right two times a day. 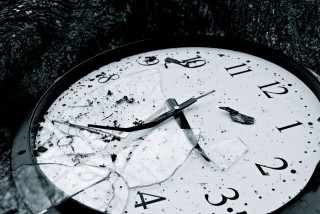 Time is Broken 2 by applepo3

This used to be correct. But unless it’s an analog clock, it’s just a paperweight, or a piece of art hanging on your wall. Not that analog clocks are usually pieces of art to begin with.

Also, I would like to point out, to those of us of a certain generation, this means that the lack of properly programming the clock on your VCR from the blinking 12:00, meant that it was still right twice a day; at noon and midnight. And let’s be honest, the most a broken clock can be off by is six hours. That’s the apex of it’s wrongness. Once it’s wrong by six hours, it becomes closer and closer to being correct again.

The common interpretation of this is that a normally unreliable person or thing can occasionally, even if rarely, provide correct information from time to time, even if only by accident.

Most of the time, this is in reference to dumb luck or a rare occurrence of success or moment of truth from something or a situation that usually is unsuccessful or wrong.

But then there are the semantics of this fortune, which make it incorrect. The wording of this is not in the proper syntax; a “broken” clock is usually wrong all the time, but a “stopped” clock is right two times a day. The broken clock, with a low battery that slows down or that is wound too tightly and speeds up, may never have the chance to be correct once, much less twice a day. 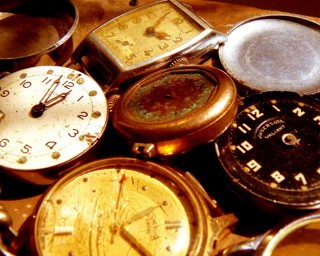 For those who don’t understand the concept of winding a watch, look it up, batteries and digital clocks or watches, or even phones aren’t the only way to keep time, in fact, humans have been keeping time since before the Egyptians and the Mayas, with the only broken when it’s nighttime sun dials.

The semantics aside, this is something to take to heart. Those people we know to always be wrong or untrustworthy, or those devices that always prove futile to use in earnest, may from time to time, be correct and surprise us.

Like Jar Jar Binks in the Star Wars Prequel Trilogy, sometimes those seemingly useless characters can be pivotal given the parameters to do so. Even if we believe otherwise. 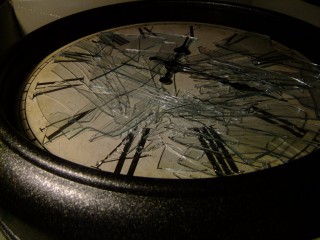 frozen and shattered point by theghostvirus

It’s a delicate balancing act, on knowing who or what to trust and when. It’s something that we always tend to get wrong. For most people, myself included, we always tend to rely too heavily on the things that work, continually taking for granted that they may someday not work, and we also take for granted that the things that are broken, are somehow useless.

As in the case of the great hypothetical quandaries of our time, there are always instances where something that always works, won’t and something that never works will. It is our duty not to be hasty and lean too heavily from one side to the other, but to take a methodical middle road approach.

Not relying on or ignoring anything too much, but keeping a casual eye to the horizon, while maintaining some focus on the periphery. That’s the key, although, it is much much easier said, or in this case typed, than actually done.