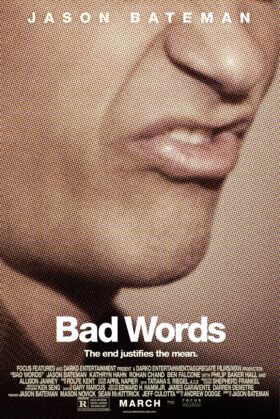 Tagline: The end justifies the mean.

Synopsis: A spelling bee loser sets out to exact revenge by finding a loophole and attempting to win as an adult.

Chaitanya Chopra: Not everything is about winning.
Guy Trilby: I know that’s true. Closure is pretty nice too.

Guy Trilby: I’m not that good at a lot of stuff. Especially thinking things through. And that’s why this plan was so shitty. But my feelings were hurt, and I’m glad I at least did something about it. Making bad decisions is nothing new to me.

Proctor at Spelling Bee: So, are you a judge?
Guy Trilby: No. I’m the WINNER.