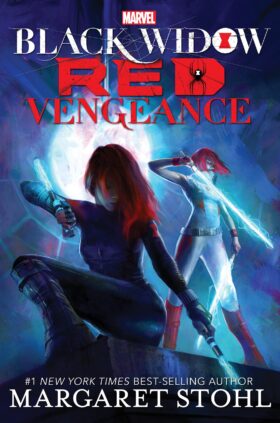 Synopsis: While the Widows search South America in order to extinguish a smuggling operation with ties to their old nemesis, their own Red Room not only attempts to assassinate them both but also hacks their secure S.H.I.E.L.D. network. As a result, Ava and Natasha find themselves thrust into a trying mission of international intrigue that takes them throughout the world and back to New York City, where their friends Dante and Sana become unlikely targets as well.

Twenty-eight years of peace… That’s all the quiet this planet has known, since the beginning of recorded history. How can one person change that?
Even if that one person happened to be the Black Widow.

How can the world be so messed up and still look so magical?

COULSON: Now can we talk about the poker game?
ROMANOFF: Above your pay grade, Coulson.
COULSON: How far?
ROMANOFF: Friend, that’s one clearance you will never have.

COULSON: You spend enough time with S.H.I.E.L.D. and the ghosts are everywhere.
ROMANOFF: I don’t believe in ghosts.
COULSON: But you’re fine with gods and aliens and big green men?
ROMANOFF: Yeah, well. I know those guys.

People seldom realized that there was a whole lot about the S.H.I.E.L.D. life that nobody ever talked about–dreary necessities, primarily involving research, math, and Google Maps. Line-of-sight and field-of-fire calculations. Probability algorithms and casing reports. Supplies and tactical plans. Hugging walls and waiting for orders and lurking around alleyways in tropical weather . . .
The fun stuff. Good times.

“How can you save humanity from the rest of the universe when you have to spend so much time saving it from itself?” Ava asked.

ROMANOFF: Is this an investigation or a lecture, Agent?
COULSON: Both, that’s sort of my specialty.
ROMANOFF: You say that, but I’m not really feeling all that special.
COULSON: You’ll get there. Keep talking.

“You know what your problem is? You don’t even know how much you don’t know–and that’s the scary part. That’s what I have a problem with.”

Ava felt like she could have been on the set of a war movie–and not the kind that ended with Wookiees getting medals.

“Do you know how full my calendar is? It’s sadistic. Who are all these people?”

Putting a plan in place always calmed Natasha down.

To let another into your heart, first let yourself in.
Good clothes open many doors. Go Shopping.
Your moods signal a period of change.
More Fortunes >