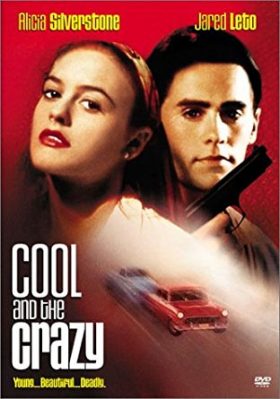 Cool and the Crazy

Tagline(s):Young… Beautiful… Deadly.
“You have to live before you die……..”

Declassified by Agent Palmer: Rotospective: Cool and the Crazy is almost a live-action Hey Good Lookin’ about Fidelity and Freedom

Joannie: Come on, come on. This is serious. This is our lives, not some dress rehearsal. I’m tired of being some slave. I spent my whole life watching my mother cook and clean, never leave the house, never leave the valley. She died looking a hundred. She was only 45. She started out just like us – love in Hollywood High. Next thing you know, there’s no money, no love, nothing. She raised all of us. So what? She broke her ass like a Mexican maid, and maybe every two weeks, she’d scrape together a few pennies for a hair set and wash, reading her Hollywood magazines for her high on Hollywood boulevard next to the studios. Big deal.
Roslyn: You’re having an affair, aren’t you?
Joannie: We have to live before we die. We’re kids playing mothers to kids… and that includes our so-called husbands.

“Just because you sleep with a guy once, doesn’t mean it’s the first course to marriage.” – Lorraine

“You’re part of hidden America, that’s lost for ideas, yet is still trying to find out where it’s at but is still holding on to old comfortable ways of American macho madness forged in Iwo Jima.” – Jack

Michael: Well, maybe I’ll come and visit you one day… if you promise me that you won’t play that record.
Lorraine: You don’t like Chet Baker?
Michael: I don’t understand it. It has no beat. I mean, how do you dance to it?
Lorraine: Try listening to the feelings, Michael.

“This is our lives not a dress rehearsal.” – Joannie

“You’ve got these rules, Michael… but whose rules are they? Whose dream are you buying into? You’ve been angry for so long you don’t even know it. We’re all scared… but somehow we don’t believe that babies, TV sets, two-car garages, and McCarthy are going to make us happy. You think Roslyn did something wrong. Maybe in your world she did, but in our world she’s just fighting for some sort of freedom – freedom from slavery she can’t even explain. Don’t you see, Michael? Life is not wall-to-wall carpeting with half down and the rest of your life to pay. You and I had a good time, some tenderness… but you can’t even enjoy it because somewhere in your mind it was dirty… un-American. Figure out what you want, Michael. I’m not sure time is on your side.” – Lorraine

“What a bunch of saps we are.” – Michael

To let another into your heart, first let yourself in.
The path of life shall lead upwards for you.
Sharing little joys offer great hope to others.
More Fortunes >