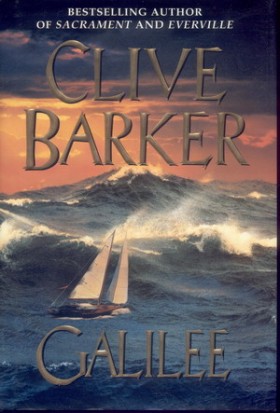 Tagline: A Novel of the Fantastic

Synopsis: As rich as the Rockefellers, as powerful and glamorous as the Kennedys, the Geary dynasty has held subtle sway over American life since the end of the Civil War. But they are a family with secrets. Dark, terrible secrets about the roots of their influence, which the Gearys have successfully concealed over the generations.

Little do the Gearys understand that their world is about to shatter when an innocent young woman enters their glittering fold. Rachel Pallenberg never dreamed she’d ever meet–much less marry–the most eligible bachelor in America, Mitchell Geary. Swept off her feet by this all-American prince, Rachel falls madly in love, lost in a romantic dream that ends with their wedding day. Though she knows she is marrying into an extraordinary family, Rachel is not prepared for the nightmare she faces when she begins to uncover the secret life of the Geary clan.

For the Gearys are a family at war. And their adversaries are the members of another dynasty–the Barbarossa family, whose origins lie not in history but in myth, a family whose influence is felt not in Washington or on Wall Street but in the intense, sensual exchanges of flesh and soul.

When the prodigal prince of the Barbarossa clan, Galilee, who sails the world, seldom setting foot on land, meets Rachel, they fall in love–an all–encompassing passion that unleashed the long-simmering enmity between the families. Old insanities arise, old adulteries are uncovered, and what seemed to be a great American success story begins to erode, exposing its unholy roots…

Galilee is an epic from a master storyteller at the peak of his creative career, mingling powerful realism with the eroticism, magic, and grand metaphysical visions for which Barker is known worldwide. He stunningly encompasses the themes of his greatest works in this masterpiece: a tale of intertwined bloodlines that reflect our own divided selves. The battle between the Gearys and the Barbarossas is a battle between the human and the divine, between the natural and the supernatural. And as such, it reflects the struggle played out in every one of us, as we struggle to comprehend the mystical possibilities in our secret souls.

Declassified by Agent Palmer: Galilee: A Romance by Clive Barker is a Masterpiece of the Written Word

“I’m making something entirely different. It’ll be a ragtag thing, no question, sewn together in its way as a small, nicely formed tale. And by the way, more life like.” – Maddox describing the book

“Which brings me to her second remark: something to the effect that I was no better than a village storyteller. I smiled from ear to ear at this, and told her that nothing would give me more pleasure than to have my book by heart, and to tell it aloud. Then she’d see how much pleasure there was to be had from my bag of tales. You don’t like what I’m telling you, sir? Don’t worry. It’ll change in two minutes. You don’t like scandal? I’ll tell you something about God. You hate God? I’ll recite you a love scene. You’re a puritan? Have patience; the lovers will suffer. Lovers always suffer.” – the continuation of Maddox and Marietta’s conversation about Music and Meaning.

“There’s more to tell of this matter, of course; but some stars take longer to show themselves than others. The paradox is this: that the darker it gets, the more of these secrets we can see. Eventually, they’re arrayed in all their glory; and it’s the very things we hid from sight, the things we’re most ashamed of, that we use to steer our course.” – Maddox on hiding secrets

“I daresay most of us live in such pitiful realms. It takes something profound to transform us; to open our eyes to our own glorious diversity.” – Maddox

“Nothing happens carelessly. We’re not brought into the world without reason, even though we may never understand that reason.” – Maddox

“It’s not always possible to stay where you belong.” – Galilee

“That attempting to understand the big picture was to partake of a peculiarly male delusion: the belief that events could be shaped and dictated, forced to reflect the will of an individual.” – Rachel

“This world was like a labyrinth; it was easy to get lost in, to become a stranger to yourself.” – Rachel

Today it’s okay to make a few choices by going with your instincts.
The path of life shall lead upwards for you.
Let’s finish this up now, someone is waiting for you on that.
More Fortunes >