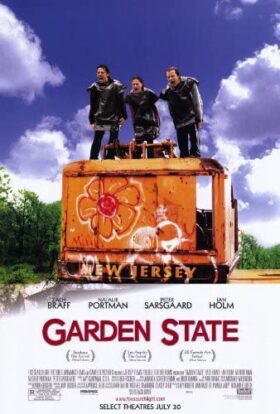 Synopsis: Andrew Largeman returns home for his mother’s funeral after being estranged from his family for a decade. Reconnecting with old friends and meeting new ones in the process.

Declassified by Agent Palmer: Braff’s Garden State is much more than most give it credit for

Andrew Largeman: You know that point in your life when you realize the house you grew up in isn’t really your home anymore? All of a sudden even though you have some place where you put your shit, that idea of home is gone.
Sam: I still feel at home in my house.
Andrew Largeman: You’ll see one day when you move out. It just sort of happens one day and it’s gone. You feel like you can never get it back. It’s like you feel homesick for a place that doesn’t even exist. Maybe it’s like this rite of passage, you know? You won’t ever have this feeling again until you create a new idea of home for yourself, you know, for your kids, for the family you start, it’s like a cycle or something. I don’t know, but I miss the idea of it, you know. Maybe that’s all family really is. A group of people that miss the same imaginary place.
Sam: Maybe.

Mark: I’m okay with being unimpressive. I sleep better.

Andrew Largeman: Fuck, this hurts so much.
Sam: I know it hurts. That’s life. If nothing else, It’s life. It’s real, and sometimes it fuckin’ hurts, but it’s sort of all we have.

Sam: If you can’t laugh at yourself, life is going to seem a whole lot longer than you’d like.

Gideon Largeman: Saying goodbye is important. I’m glad you could fit it in.

Sam: You gotta hear this one song, it’ll change your life I swear.

Sam: This is your one opportunity to do something that no one has ever done before and that no one will copy throughout human existence. And if nothing else, you will be remembered as the one guy who ever did this. This one thing.

Good clothes open many doors. Go Shopping.
Courtesy is the password to safety.
Today it’s okay to make a few choices by going with your instincts.
More Fortunes >