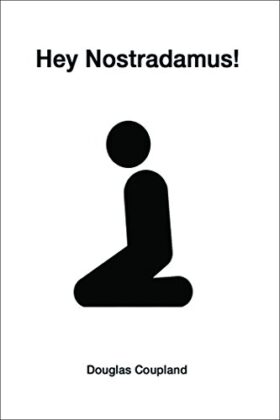 Synopsis: Overrun with paranoia, teenage angst and religious zeal in the ensuing massacre’s wake, this sleepy suburban neighbourhood declares its saints, brands its demons and finally moves on. But for a handful of people still reeling from that horrific day, life remains perpetually derailed. Four dramatically different characters tell their stories in their own words: Cheryl, who calmly narrates her own death; Jason, the boy no one knew was her husband, still marooned ten years later by his loss; Heather, the woman trying to love the shattered Jason; and Jason’s father Reg, whose rigid religiosity has separated him from nearly everyone he loves.

Declassified by Agent Palmer: Coupland’s Characters Speak to Me Beyond Grief in ‘Hey Nostradamus’

I had thought that this morning would be my last truly innocent glance at my childhood home — not because of what really ended up happening, but because of another, smaller drama that was supposed to have unfolded.

I was the last to part in the school’s lot. That’s always such an uneasy feeling no matter how together you think you are — being the last person there, wherever there may be.

The thing was, I did discover religion during my campaign to catch Jason, and that’s not something I’d expected, as there was nothing in my upbringing that predisposed me to conversion. My family paid lip service to religious convictions. They were fickle — no God being feared there. My family wasn’t so much anti-God as it was pro the world. God got misplaced along the way. Are they lost? Are they damned? I don’t know. I’d be mistrustful of anybody who said they were, and yet here I am, in the calm dark waiting to go off into the Next Place, and I think it’s a different place from where my family’s headed.

We’re the sum of our decisions.

A bland smile is like a green light at an intersection — it feels good when you get one, but you forget it the moment you’re past it.

“Cheryl, trust me, you spend a much larger part of your life being old, not young. Rules change along the way. The first things to go are those things you thought were eternal.”

If I’ve learned anything in twenty-nine years, it’s that every human being you see in the course of a day has a problem that’s sucking up at least 70 percent of his or her radar.

Redemption exists, but only for others. I believe, and yet I lack faith. I tried building a private world free of hypocrisy, but all I ended up with was a sour little bubble as insular and exclusive as my father’s.

Reg became morose. “I just don’t understand — the most wretched people in this world prosper, while the innocent and the devout get only suffering.”
“Reg, you can spend all night — and the rest of your life, for that matter — looking for some little equation that makes it all equate, but I don’t think that equation exists. The world is the world. All you can change is the way you deal with that’s thrown your way.”

“Why is exposure to pain always supposed to make us better people?”

Imagine leaving your most important life decisions to a seventeen-year-old. What was God thinking? If there’s such a thing as reincarnation, I want the nature of my next incarnation to be decided by a quorum of twelve seventysomethings.

…the removal of excess things from our lives is always a blessing.”

Lists only spell out the things that can be taken away from us by moths and rust and thieves. If something is valuable, don’t put it in a list. Don’t even say the words.

I may sell insurance, but I grieve, I accept. I rebel, I submit. And then I repeat the cycle.

Sharing little joys offer great hope to others.
Look forward to great fortune and a new lease on life!
You are interested in higher education, whether material or spiritual.
More Fortunes >