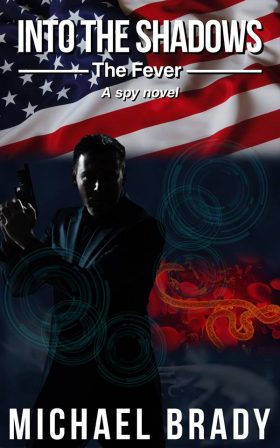 Synopsis: Into The Shadows, The Fever is the story of Michael Brennan, a career CIA non-official cover (NOC) intelligence officer and his quest to identify and disrupt a plot crafted by the Islamic State terror group.

Declassified by Agent Palmer: A Spoiler Free look “Into The Shadows” of Michael Brady’s Debut Novel

However, human intelligence collection required a greater fabric of security. Moreover, CIA determined years ago that sensitive clandestine human collection and other black programs would be off the grid. This reduced the likelihood of penetration by cyber hackers, rogue individuals and nation states.

In the few minutes he and Aaron spoke, the two men mostly conversed in pleasantries, expected of intelligence professionals when operating in open environments.

In the human intelligence collection business, sources are only as good as their reliability.

Michael thought to himself. This was useless information provided yet again by an intelligence analyst. Though he respected most analysts’ motivation and intellectual capacity, vague predictions such as this annoyed him. How could anyone act on such analysis or information?

Even spies feel overwhelmed from data at times. Memorizing safe houses, contacts, frequencies, and emergency numbers was no easy task.

Hours of persistent surveillance is normal for CIA intelligence officers. Though technology, aerial reconnaissance, and other capabilities are widely available, operations in crowded civilian areas restricted their use.

While there, Dabria found Mert attractive, young and ambitious. She would exploit these traits in order to have an asset in the future. A true intelligence professional can never have enough trusted assets.

Twitter is the preferred open source media of any credible intelligence analyst whose work focuses on social and political trends.

Leslie began to red team, a technique taught to intelligence analysts. The method is simple in theory. The analyst will look at problems or courses of action through the eyes of his or her adversary. Unfortunately, analysts rarely practice the technique, often because the do not understand their enemy or learn to think like them. Sun Tzu would be disappointed.

Like any operation, no plan survives without the ability to exert flexibility.

Fame and fortune are coming your way.
Let’s finish this up now, someone is waiting for you on that.
Good clothes open many doors. Go Shopping.
More Fortunes >