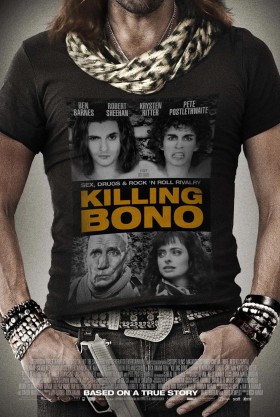 Based On: Killing Bono: I was Bono’s Doppleganger by Neil McCormick

Synopsis: Two brothers attempt to become global rock stars but can only look on as old school friends U2 become the biggest band in the world.

Declassified by Agent Palmer: Killing Bono: A Great Movie, why wasn’t it made before?

Karl: A word to the wise from an old man before you go. Remember only this: the measure of a man is what’s left when fame falls away… oh, and another thing: get as much sex as you can!

Rick: NO! Not really! In fact, I’ll tell you why you boys will never be signed to this label. You look like a pair of mental fortune tellers from a gypsy fair. And Hammond liked you, therefore, I hate you! I wouldn’t sign you to this label if you paid me a hundred grand and let me John Paul Pope your mother.

Ivan McCormick: You made the worst decision of my life!

Your moods signal a period of change.
Today it’s okay to make a few choices by going with your instincts.
Even the greatest of whales is helpless in the middle of a desert.
More Fortunes >