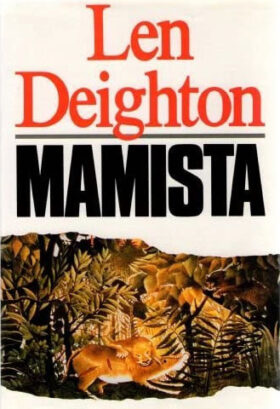 Synopsis: The Berlin Wall is demolished. Marx is dead. Try telling that to Ramon and his desperate men hiding in the jungle cradling their AK-47’s, dusting off the slabs of Semtex and dreaming of world revolution.

‘Hegel says somewhere that all great events and personalities in world history reappear in one fashion or another. He forgot to add: the first time as tragedy, the second as farce.’
– Karl Marx, The 18th Brumaire of Louis Napoleon

She closed her eyes tight and let him prattle on. She was angry with this clown. The revolution was too dependent upon romantic folklore. In her opinion it required more economics and less heroics.

Ramón was the mystery man that chaos and revolution always attracted.

It was easy to spot the ranks in such White House gatherings. The lowest were called by their family names, the higher ranks by their first names, and the top men had their hands shaken.

‘You can’t go wrong preparing for the worst,’ said Curl.

‘Why do doctors and mothers use the same clichés?’
‘Because men become children in the face of pain.’

It was unreasonable, but all the women were expected to work twice as hard as the men, just as they were in the outside world. Marx brought no revolution for them.

‘Paz judges, Singer scoffs, but you endure the world about you.’

‘Man must aspire to a better world,’ said Paz.
‘Man is atavistic, cruel and greedy, buddy. Grab power by violent revolution and you’ll have another gang come along and grab power from you. So commies have to fix for themselves a system no one can grab. That means secret cops and concentration camps, right?’
‘You don’t understand the concept of permanent revolution,’ said Paz.
‘I was kind of hoping that it didn’t have to be permanent. I was hoping that one day even you commie kooks would start to patch up the bullet holes, hospitalize the injured, bury the dead, fix the power generators and the plant you are so jubilant about destroying, and start work. Because, as sure as God made little green apples, when the shooting is over the living stand of the workers is going to depend upon what your guys can make or grow and sell to other men.’

Lucas found it impossible to remove the memory of the jungle he’d seen from ten thousand feet. No roads, no villages; in some regions not even rivers. It was no more hostile than some other landscapes he’d seen but it was interminable; a vast ocean of trees. It had removed any last illusion that man might ever master his environment; he could only despoil it.

Paz nodded. This was exactly the sort of advice that he’d hoped ‘old soldier’ Lucas might have provided. But Lucas had grown old and soft and surrendered to the final folly of old men: love.

‘Religion and politics have no place in a soldier’s life,’ said Lucas, who seemed as stolid and unemotional as ever.
‘They had no part in life when you were a soldier,’ Singer told him. ‘Things have changed. Now men fight for their beliefs and for no other reason.’
‘Men were doing that in the Middle Ages,’ said Lucas, ‘but what did they decide by their fighting?’
‘That you would not be born Catholic?’
‘How do you know I’m not a Catholic?’
‘That self-righteous air of impartial superiority.’

Nothing in the world can take the place of persistence.
Sharing little joys offer great hope to others.
Fame and fortune are coming your way.
More Fortunes >