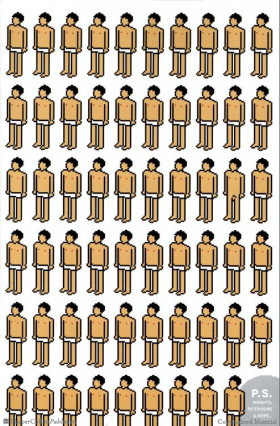 Synopsis: A novel of life in the nineties explores the world of computer giant Microsoft, viewing it as a microcosm of modern society.

Declassified by Agent Palmer: Microserfs by Douglas Coupland is the Psychology of the Geeks Written Yesterday for Tomorrow

Nerds get what they want when they want it, and they go psycho if it’s not immediately available. Nerds overfocus. I guess that’s the problem. But it’s precisely this ability to narrow-focus that makes them so good at code-writing: one line at a time, one line in a strand of millions.

Lately, I’ve been unable to sleep. That’s why I’ve begun writing this journal late at night, to try to see the patterns in my life. From this I hope to establish what my problem is–and then, hopefully, solve it. I’m trying to feel more well adjusted than I really am, which is, I guess, the human condition. My life is lived day to day, one line of bug-free code at a time.

She said, “Imagine being a bee and living in a great big hive. You would have no idea that tomorrow was going to be any different than today. You could return to that same hive a thousand years later and there would just be the same perception of tomorrow as never being any different. Humans are completely different. We assume tomorrow is another world.”

E-mail is like highways–if you have them, traffic follows.

Susan was talking about art today, about that surrealist guy who painted little businessmen floating through the sky and apples that fill up entire rooms–Magritte. She said that if Surrealism was around today, “It’d last ten minutes and be stolen by ad agencies to sell long-distance calls and aerosol cheese products.”

Actually, there weren’t all too many books on freeways ever published in the first place. You’d think we’d have whole stadiums devoted to the worship of freeways for the amount of importance they play in our culture, but no. Zip. I guess we’re overcompensating for this past shortcoming by our current overhyping of the InfoBahn–the I-way. It’s emerged from nowhere into this big important thing we Have to Know About.

Do you remember that old TV series, Get Smart? You remember at the beginning where Maxwell Smart is walking down the secret corridor and there are all of those doors that open sideways, and upside down and gateways and stuff? I think that everybody keeps a whole bunch of doors just like this between themselves and the world. But when you’re in love, all of your doors are open, and all of their doors are open. And you roller-skate down your halls together.

I used to always think I had to have a reason to record my observations of the day, or even my emotions, but now I think simply being alive is more than enough reason. Unshackled!

I got to thinking of my own Lego superstitions. “When I was young, if I built a house out of Lego, the house had to be all in one color. I used to play Lego with Ian Ball who lived up the street, back in Bellingham. He used to make his house out of whatever color brick he happened to grab. Can you imagine the sort of code someone like that would right?”

We can, and will, fabricate the waking dream.

I think when people invent their Net log names, they reveal more about themselves than their given names ever reveal. I’m going to have to choose my new name carefully.

Sometimes I think my subconscious has bad days, and I can’t believe how mundane the stuff that I write into this file is. But isn’t that the deal with a person’s subconscious . . . that it stores all the things you aren’t noticing visibly?

Nerds tend to have cats, not dogs. I think this is because if you have to go to Boston or to a COMDEX or something, cats can take care of themselves for a few days, and when you return, they’ll probably remember you. Low maintenance.

She said Ethan’s talking “bollocks.” I asked her what that word meant, and she said she wasn’t sure–it was a term from the punk rock era. “Something to do with anarchy and safety pins.” We’re going to e-mail someone in England and find out what it means.

The liquid engineers left the pool heater on too long, and at night, chlorine vapors rose above the plant life of the planet, and I imagined my flesh, being inside the pool, being warm, and protected, feeling gravity, but able to mock it as I floated. Would you float with me now, if I asked you, would you jump in the pool and not even bother to strip? Could I strip you down, remove your clothing and we could fall inside the water together?

I don’t want to lose you. I can’t imagine ever feeling this strongly about anything or anybody ever again. This was unexpected, my soul’s connection with you. You stole my loneliness

No one knows that I was wishing for you, a thief, to enter my house of autonomy, that I had locked my doors but my Windows were open, hoping, but not believing, you would enter.

“There’s nothing the world wants as little as a new technology company. If you give a company $2 million, they’ll spend it and never ship a profitable product.”

I say “Ummm…” a lot. I mentioned this to Karla and she says it’s a CPU word. “It means you’re assembling data in your head–spooling.”

The Fry’s chain completely taps into MSE: Male Shopping Energy. This is to say that most guys have about 73 calories of shopping energy, and once these calories are gone, they’re gone for the day–if not week–and can’t be regenerated simply by having an Orange Julius at the Food Fair. Therefore, to get guys to shop, a store has to eat up all of their MSE calories in one crack-like burst. Thus, Fry’s concentrates only on male-specific consumables inside their cavernous shopping arena, aisles replete with dandruff, bad outfits, and nerdacious mutterings full of buried Hobbit references.

I learned a great new word today: “deletia.” When you get an e-mail and reply to the sender, you simply obliterate everything they sent you and then, in small square brackets, write:

It stands for everything that’s been lost.

I felt really sad for the panic buttons, because panic seems like such an outdated, corny reaction to all of the change in the world. I mean if you have to be negative, there’s a reasonable enough menu of options available–disengagement–atomization–torpor–but panic? Corrrrrny.

Time time time. It’s such a current subject. It’s like money–if you don’t have it, you think about it too much.

“You know, Daniel, I have noticed that people are generally quite thrilled to have change enter their lives–disasters are weathered by people with sturdiness that is often unlike their day-to-day personality.”

If it weren’t for Karla, sometimes I think I’d just implode.

I can’t stop marveling at how together geeks are in the Valley. At Microsoft, there was no peer pressure to do anything except work and ship on time. If you did, you got a Ship-it Aware. Easy. Black and White.

Here, it’s so much more complicated–you’re supposed to have an exciting, value-adding job that utilizes your creativity, a wardrobe from Nordstrom’s or at the very least Banana Republic, a $400,000 house, a cool European or Japanese car, the perfect relationship with someone as ambitious, smart, and well-dressed as yourself, and extra money to throw parties so that the whole world can come observe what a life you have, indeed. It makes me miss Redmond, but at the same time, it is kind of inspiring. I feel conflicted.

It’s like male geeks don’t know how to deal with real live women, so they just assume it’s a user interface problem. Not their fault. They’ll just wait for the next version to come out–something more “user friendly.”

Up at Microsoft, geeks looked exactly like what they were–nerds, misfits, Dungeons & Dragons players out on a day pass. Down here in the Valley, these tech guys are good-looking–they can pass in the “normal” world without revealing their math team past.

Michael pointed out that humans are the only animals to have generations. “Bears, for example, certainly don’t have generations. Mom and Dad bears don’t expect their offspring to eat different kinds of berries and hibernate to a different beat. The belief that tomorrow is a different place from today is certainly a unique hallmark of our species.”

Politics only makes people cranky. There must be some alternative form of discourse. How is political will generated?

Michael said something cool today. He said something remarkable and unprecedented has occurred to us as a species now–”We’ve reached a critical mass point where the amount of memory we have externalized in books and databases (to name a few sources) now exceeds the amount of memory contained within our collective biological bodies. In other words, there’s more memory ‘out there’ than exists inside ‘all of us.’ We’ve peripheralized our essence.”

Karla likes the notion of TrekPolitiks. “Left vs. right is obsolete. Politics is, in the end, about biology, information, diversification, numbers, numbers, and numbers–all candy coated with charisma and guns.”

And whenever you see no windows, there’s something scary or beguiling going on inside.

“It starts out young–you try not to be different just to survive–you try to be just like everyone else–anonymity becomes reflexive–and then one day you wake up and you’ve become all those other people–the others–the something you aren’t. And you wonder if you can ever be what it is you really are. Or you wonder if it’s too late to find out.”

“There’s one thing computing teaches you, and that’s that there’s no point to remembering everything. Being able to find things is what’s important.”

Ethan said randomness is a useful shorthand for describing a pattern that’s bigger than anything we can hold in our minds. Letting go of randomness is one of the hardest decisions a person can make.”

Thought: one day the word “gigabits” is going to seem as small as the word “dozen.”

Karla and I and a few Lisas tried to guess what the charades hand signal would be for “interactive multimedia product.” A movie is where you turn a camera reel; a song is where you hold your hands up to your lips; a book is two palms simulating open flaps. All we could come up with for multimedia was two hands going fidgety-fidgety in space. A definitive interface is certainly needed, if only to make charades an easier game to play five years from now.

Subjected to the random, you acknowledge your inability to comprehend logic and linear systems.

It was strange to realize that, in one sense, all we are is our voice.

But his secret is, I think, that he shows nothing. A poker face doesn’t mean showing coolness like James Bond. It means expressing nothingness. This is maybe the core of the nerd dream: the core of power and money that lies at the center of the storm of technology, that doesn’t have to express emotion or charisma, because emotion can’t be converted into lines of code.

Look forward to great fortune and a new lease on life!
The path of life shall lead upwards for you.
To let another into your heart, first let yourself in.
More Fortunes >