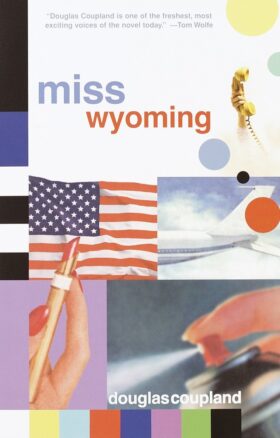 Synopsis: The story of Susan Colgate, a former Miss Wyoming and sitcom star, and John Johnson a Hollywood producer, as Susan disappears from the public eye for the second time, will they find each other, will they find love, or will they all just disappear?

“Because I think about how old I am,” John replied, “and I wonder, Hey, John Johnson, you’ve pretty much felt all the emotions you’re ever likely to feel, and from here on it’s reruns. And that totally scares me. Do you ever think that?”

Yes, he was experiencing a type of freedom associated with no longer caring about keeping up the appearance of wealth, but with this freedom came a rudderless sensation, one that made him giddy, the way he’d felt as a child as he waited for week upon agonizing week for the postman to deliver a cardboard submarine he’d sent away for–a device that had promised to take him far away into a fascinating new realm, but which upon arrival was revealed to be as substantial and as well constructed as a bakery’s cardboard cake box. But ahhh, the waiting had been so wonderfully sweet.

He believed that most people had at least a few good ideas each day, but that they rarely used them.

John had a reputation to keep, and when he entered rooms, success and decadence swarmed about him like juicy gossip.

If he’d learned one thing while he’d been away, it was that loneliness and the open discussion of loneliness is the most taboo subject in the world. Forget sex or politics or religion. Or even failure. Loneliness is what clears out a room.

Knowing about morals was in no way the same thing as actually having them.

Good clothes open many doors. Go Shopping.
You are interested in higher education, whether material or spiritual.
Courtesy is the password to safety.
More Fortunes >