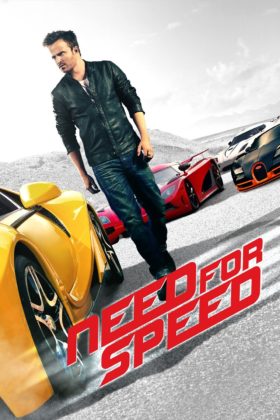 Based On: Based on the video game by Electronic Arts

Synopsis: Fresh from prison, a street racer who was framed by a wealthy business associate joins a cross country race with revenge in mind. His ex-partner, learning of the plan, places a massive bounty on his head as the race begins.

Declassified by Agent Palmer: 2014’s Need for Speed movie is much more than just a marvelous Shelby Mustang

Julia Maddon: Life can be full of surprises.

Little Pete: I find life to be full of people who think they’re smart ’cause they have a fancy accent. No offense.
Julia Maddon: Some taken.

Monarch: The two of you out there, flying across the country at killer speeds to prove something while you’re tearing up the American asphalt. Born to run, baby. Born to run.

Tobey Marshall: Beauty will go bingo on that route, so we’re gonna have to hot fuel and top off.
Joe Peck: Hot fuel, coming up. Woo! Get out there skinny boy.
Finn: Oh, you were checking me out!

Monarch: The thing you gotta understand is, racing is an art. Racing with passion… Dude, that’s high art. Man, I can feel love and vengeance and smell motor oil all swirling together out there. We got supernatural Mustangs, we got personal vendettas. I have no idea where this is going. I just know I like it. I like it a lot.

Monarch: This is too good. I got star-crossed lovers hauling ass across the country. I got Dino Brewster who just painted a huge bull’s-eye on their ass. Oh, man. Christmas came early, wing nuts.

Monarch: Hey, I’ve been doing some homework on this kid Tobey Marshall from Mount Kisco. This kid was a phenom. Used to tear up the local circuits. Him and his dad, man, they campaigned like champions. Of course, Mount Kisco had another great, Dino Brewster. You all know Dino. He went on to race in the big leagues at Indy, and Toby just kind of fell through the cracks. Well, here’s some news, cretins. Tobey’s been running again, and running fast. Real fast, fast as that “Grim Taquito” will take him. Tobey, you wanna fly with the eagles, you need bigger wings, son.

Whoever wants to reach a distant goal must take small steps.
Look forward to great fortune and a new lease on life!
The path of life shall lead upwards for you.
More Fortunes >