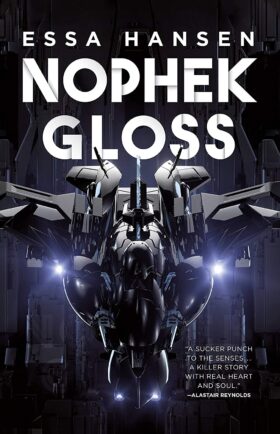 Synopsis: Caiden’s planet is destroyed. His family gone. And, his only hope for survival is a crew of misfit aliens and a mysterious ship that seems to have a soul and a universe of its own. Together they will show him that the universe is much bigger, much more advanced, and much more mysterious than Caiden had ever imagined. But the universe hides dangers as well, and soon Caiden has his own plans.

“His mother had always told him that focusing on the thankful things made more of them, and his father had insisted that hands at work were better at solving problems than hearts at rest.”

“Boy, everything you lose in this life is going to burr in until you let it go and move on. Even if it’s your old self you have to let go. The sooner you do, the stronger you’ll be to fight for the next thing someone tries to take from you. Settle down.”

“…You’ve had a huge dose of new lately, so don’t overthink it, but get used to fluidity and choice. Those rule the multiverse, if anything does.”

“It that… an eye?”
“To feel, not see. Your eyes’re for solid things. Mine’re for numinous things. Saisn exist in sense-sea. A textured world with broader sensory detail than yours.”

He couldn’t restart life in a world where groups like the Casthen were allowed to do what they wanted and no one cared that an entire population had been part of a terrible machine and no better than meat in the end.

“You don’t have the right knowledge to make sense of the truth yet. Be patient.”
“I spend my whole life patient and stupid.”

“You have an altruistic heart, and that’ll get you nothing but trouble. I picked up four pieces of trouble, if you haven’t noticed.”

He was a firebrand adrift from a burned-out blaze, and he would catch all of the Casthen aflame.

Letting his anger burst out was getting him nowhere but trouble. He apparently couldn’t even interpret conversational nuance correctly in this convoluted multiverse.

How do I heal fear and solve rage?

“Machines’re simple, talkative, honest.” A tightness in Pancas fine musculature relaxed, ridges gone from her face. A smile in return? “They’re the sum of parts. Transcend parts. Humans’re the sum of experiences… and struggle to transcend.

Taitn helped push him through the crowd. “Words and promises are cheap. Let’s get you moving forward, not looking back.”

Revenge was the best revenge.

I want to be stronger, independent, capable, and compassionate. Someone who can annihilate injustice.

Worth any cost. He’d just been a seed set adrift on a strange wind just before the field was torched–it was time to sprout now.

“People punish themselves when they hate who they are: saying foul words about yourself, or fighting until all of you is a pulp. We hope our words will push us to be stronger, or a better self will walk away from a bloody mess, but you can’t smash yourself into shape. Own what you hate, and plish the rest of you until that hatred part is outshined completely.”

“We can’t keep erasing the reality of slavery.”

“…And even with all you’ve seen and heard, there’s still a lot of the multiverse that can’t be explained by anything less than direct experience. And if not knowing every detail scares you, you’re not ready for life in this multiverse anyway.”

Judge individuals as individual: there’s too much variety in the multiverse for broad statements to ever serve us well.

Laythan struggled to get out words. “I didn’t need to be loved back. That’s not how love works.”

“Brave and stupid are sometimes the same thing.”

“…it’s not one’s place to judge simply because they’re capable of great harm. Capability is not culpability.”

Both he and the world were different now–he’d lost wonder in exchange for confidence, and confusion in favor of understanding.

“I can protect and liberate those who are too ignorant, innocent, or indentured to save themselves. Hopefully that will validate my engineered origin.”

The path of life shall lead upwards for you.
Even the greatest of whales is helpless in the middle of a desert.
Whoever wants to reach a distant goal must take small steps.
More Fortunes >