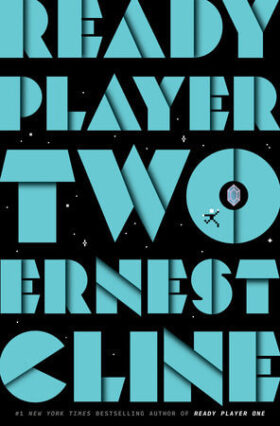 Hidden within Halliday’s vaults, waiting for his heir to find, lies a technological advancement that will once again change the world and make the OASIS a thousand times more wondrous—and addictive—than even Wade dreamed possible. With it comes a new riddle, and a new quest—a last Easter egg from Halliday, hinting at a mysterious prize.

And an unexpected, impossibly powerful, and dangerous new rival awaits, one who’ll kill millions to get what he wants. Wade’s life and the future of the OASIS are again at stake, but this time the fate of humanity also hangs in the balance.

Meet the new boss, weird as the old boss.

“In other words, the ONI allows you to relive moments of other people’s lives. To see the world through their eyes, hear it through their ears, smell it through their nose, taste iot with their tongue, and feel it through their skin.” Halliday gave the camera a matter-of-fact nod. “The ONI is the most powerful communication tool humans have ever invented. And I think it’s also probably the last one we will ever need to invent. He tapped the center of his forehead. “Now we can plug right in to the old noodle.”

Moderating all of this user-generated content was a challenge–and a huge responsibility. GSS implemented CenSoft, our custom strong-AI censor software, which scanned every .oni recording before it was released and flagged suspicious content for human review. Questionable material was reviewed by GSS employees, who then decided whether the clip was safe to release–and, if any criminal behavior was captured, they forwarded it on to law enforcement officials in the uploader’s country or region.

It turned out I just wasn’t comfortable living in the spotlight. I was an awkward kid who was good at videogames and memorizing trivia. I was not mentally or emotionally equipped to have the whole world’s attention focused on me.

No one in the world ever gets what they want and that is beautiful. . . .

Most gunter shows were hosted by clueless fame-seekers spouting a steady stream of complete nonsense about the Seven Shards, when they weren’t waging epic flame wars with viewers or rival hosts, or posting tearful apology videos in another desperate bid to win back followers.
But L0w-Down was different. L0hengrin had an incredibly upbeat personality, and an infectious brand of enthusiasm that reminded me of how I’d felt in the early days of the contest. The brief voice over that opened her show seemed to sum up her life’s philosophy: “Some people define themselves by railing against all of the things they hate, while explaining why everyone else should hate it too. But not me. I prefer to lead with my love–to define myself through joyous yawps of admiration, instead of cynical declarations of disdain.”

It’s cool to use the computer,
don’t let the computer use you. . . .
There is a war going on.
That battlefield’s in the mind.
And the prize is the soul.

“If it weren’t for Tolkien, all of us nerds would’ve had a lot less fun during the last ninety years.”

“The mind is the only thing about human beings that’s worth anything. Why does it have to be tied to a bag of skin, blood, hair, meat, bones and tubes? No wonder people can’t get anything done, stuck for life with a parasite that has to be stuffed with food and protected from weather and germs all the time. And the fool thing wears out anyway – no matter how much you stuff and protect it.” – Kurt Vonnegut, Jr.

That life was like an extremely difficult, horribly unbalanced videogame. But sometimes the game can have a surprise ending. . . .

Let’s finish this up now, someone is waiting for you on that.
You are interested in higher education, whether material or spiritual.
Sharing little joys offer great hope to others.
More Fortunes >