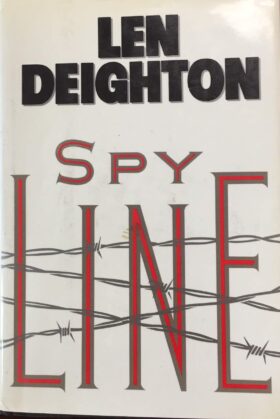 Synopsis: British agent Bernard Samson finds himself inexplicably hunted as a traitor, forced to abandon his life, his job, his position, and plunge into hiding in the most dangerous and darkest corner of Berlin. What is happening? What has he done? Nothing makes sense until Samson discovers that the Secret Service has known all along where he is. In fact, they have never taken him off the payroll. And now they are prepared to return his freedom and good name — but there are strings attached, strings that begin to tighten around his neck even before his plane lands in Vienna…

Declassified by Agent Palmer: Spy Line and the Case of the missing Agent Palmer book review

Sharing little joys offer great hope to others.
Even the greatest of whales is helpless in the middle of a desert.
Nothing in the world can take the place of persistence.
More Fortunes >