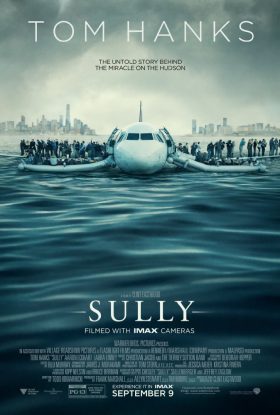 Tagline: The untold story behind the miracle on the Hudson

Based On: the book “Highest Duty” by Chesley Sullenberger and Jeffrey Zaslow

Synopsis: The story of Chesley Sullenberger, an American pilot who became a hero after landing his damaged plane on the Hudson River in order to save the flight’s passengers and crew.

Declassified by Agent TBD: Sully is probably the first film built for awards season released in 2016

“Everything is unprecedented until it happens for the first time.”

“The Sully: It’s a shot of Grey Goose with a splash of water.”

“You know, it’s been a while since New York had news this good. Especially with an airplane in it.”

Good clothes open many doors. Go Shopping.
Today it’s okay to make a few choices by going with your instincts.
Even the greatest of whales is helpless in the middle of a desert.
More Fortunes >