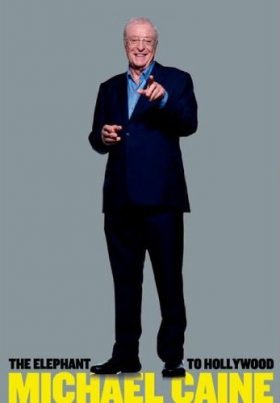 The Elephant to Hollywood

Synopsis: Micheal Caine revisits some of his rags-to-riches Hollywood career in his second autobiography. Returning to storytelling and his view of a career that spans decades, as well as, his forays into restaurants, meeting legendary stars, his famous friends, and much much more, both on and off screen.

A journalist asked me recently, during a tour for Harry Brown, which character was most like me–Alfie, Harry Palmer or Jack Carter. I said, “I have never played anyone remotely like me.” He couldn’t understand that. “Those are all people that I knew,” I said, “not people that I am.”

There are no heroes in war: it’s just a question of doing a job and surviving.

It’s a lesson in life–don’t look back, you’ll trip over.

To me, the wedding ceremony is the least important thing about getting married. I always worry a bit about massive weddings and whether people have them because they are trying to convince themselves they are doing the right thing–as if they think that spending a huge amount of money will make up for a lack of confidence in their choice of husband or wife.

Sometimes the things in life you think are bad turn out to be great.

…where you could see the Beatles and the Stones on the same dance floor. There was a creative energy around that I don’t think has been seen before or since, and it was impossible not to be drawn in and swept along by it.

Whether gathered together in our old haunts, sharing holidays together in our favorite places abroad, or just enjoying ourselves sitting round the table in Surrey, for me, home and happiness is all about friends and family.

I’ve gone from Alfie to Alfred; I guess you could say I’ve become more dignified over the years.

Kids need to have a direction for their talents; otherwise they won’t know where to go.

If another script comes along that I really want to do, then I’ll take it on: if not, I won’t . I’ve always said that you don’t retire from the movie business, it retires you–and when it retires me, I tell you now, there won’t be any fanfare or public announcement. I’m an old soldier, like Harry Brown, and I will just fade away from my long public life into the embrace of my family. In the end, they mean more to me than the whole lot put together.

…the distance I’ve traveled–from the Elephant all the way to Hollywood and back. It was a tough start, it’s had some low moments and it’s had incredible highs, but it’s been a rich and rewarding journey–and it’s not over yet.

Your moods signal a period of change.
You are interested in higher education, whether material or spiritual.
Even a broken clock is right two times a day.
More Fortunes >