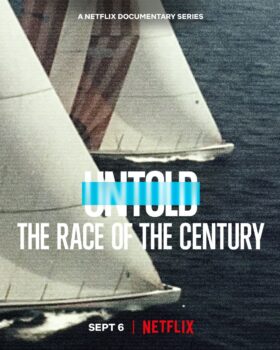 Untold: The Race of the Century

Synopsis: The Australia II yacht crew looks back on the motivation, dedication and innovation that led to their historic victory at the 1983 America’s Cup.

Declassified by Agent Palmer: Sailing Into History: Netflix tells the tale of The Race of the Century

“I’ve never met a world champion that’s a normal person. You gotta be screwed up in some manner to get out of bed to do extraordinary things. And I’m screwed up.”

“Underneath this veneer of being a normal, nice guy, I have a huge ego. There’s gotta be some motivation to drive someone to extraordinary lengths. And the ego is part of my drive.”

“To take on the power of the American psyche, with their immense confidence, you need a strong ego to be able to play that game, and that was a major hurdle.

“In our country, in Australia, we have this thing called the Tall Poppy Syndrome, where people start to show a sense of confidence, and they cut you down. So, if I could get the mental side tough enough, then perhaps I could put the whole thing together.

“So for us, we had to believe ourselves that we belong on the world stage.

What Australians really like is upsetting the upper echelon. – Rob Brown

“…the finest day in the history of Australian sport.”

To the question of why he wasn’t defending the cup Bertrand answered
“The fire’s out of my belly, and content people don’t become world champions. And I’m content in that part of my life, and I’m really keen and excited to move out into new directions. And that’s what I’m doing.”

Even a broken clock is right two times a day.
Let’s finish this up now, someone is waiting for you on that.
Whoever wants to reach a distant goal must take small steps.
More Fortunes >