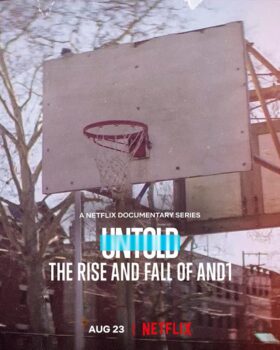 Untold: The Rise and Fall of And1

Synopsis: Inspired by New York City streetball, influential brand AND1 turned local legends on the court into international icons. So why did it come to an end?

Declassified by Agent Palmer: Untold attempts to answer: Whatever happened to AND1?

“This is where it’s at. It’s New York City. Street Basketball. This is our culture. This is what we do, B. This is our job. Yo, back in the day, it was like a big block party. The atmosphere, the energy. It was just special. But AND1, they just took it to another level. Tokyo, Japan. Venezuela. Brazil. You know, it was pandemonium. AND1? They had the best ballplayers in street basketball. And the best players get the best names. Like Skip 2 My Lou. The Main Event. Shane, The Dribbling Machine. We talking about Hot to the Sauce. We talking about The Professor. A lot of people today say, ‘Whatever happened to AND1?’ I don’t know what happened to it. And I was a part of it.”

Even a broken clock is right two times a day.
Things are turning for the bright side.
Look forward to great fortune and a new lease on life!
More Fortunes >