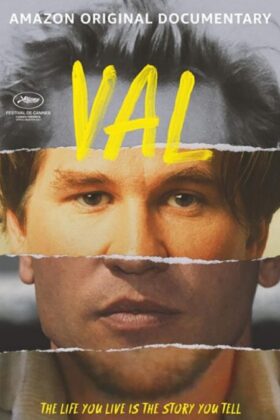 Tagline: The life you live is the story you tell.

Declassified by Agent Palmer: ‘Val’ explores the true heart of an artist

“My name is Val Kilmer. I’ve lived a magical life.” Kilmer tells us “a story about acting… Truth and illusion…”

“It’s like I’ve lived my life and it’s sort of all in these boxes, but what is part of the profound sadness is that I know it’s incomplete. As much as I’ve filmed and as hard as I’ve tried, there’s nothing I can do to make any of it understood. I know that that’s not true, but it’s how I feel.”

Even the greatest of whales is helpless in the middle of a desert.
Look forward to great fortune and a new lease on life!
Things are turning for the bright side.
More Fortunes >