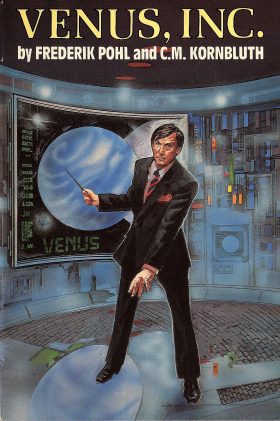 “Hypnotizing ourselves with our antiphonal responses, made all of us capable of any act that served our god of Sales.”

We get older and we get cynical, but after the years of absence there was almost an epiphany of feeling that shook me as I entered. Imagine two thousand years ago entering the court of Augustus Caesar, and knowing that here, in this place, the affairs of the entire world had their control center and inspiration.

Here was where Power was. The whole cast building was dedicated to one sublime mission: the betterment of mankind through the inspiration to buy. Copysmiths and apprentice word-jugglers; media specialists who could sound a commercial out of the ambient air or print a message on your eyeball; product researchers dreaming up, every day, new and more sellable drinks, foods, gadgets, vices, possessions of all sorts; artists; musicians; actors; directors; space buyers and time buyers–the liste went on indefinitely–and above them all, on the fortieth floor and higher, there was Executive Country where the geniuses who directed it all brooded and conceived their godlike plans.

What made for a good consumer was boredom. Reading was discouraged, homes were no joy to be in–what else did they have to do with their lives but consume? But these people had made a travesty of that noble–well, fairly noble–calling. They were obsessed.

Even when the world is all gray, even when the circumstances are so wildly unlike anything you’ve ever done before that part of your mind is chasing its tail in baffled circles, your habits and training carry you through.

When you come right down to it, I guess nothing is ever anybody’s fault, or anyway nobody ever thinks it is. You have to do what you have to do.

…it isn’t what a slogan says that matters, it’s what people can read into it that somehow touches the subconscious.

You are interested in higher education, whether material or spiritual.
Look forward to great fortune and a new lease on life!
Let’s finish this up now, someone is waiting for you on that.
More Fortunes >