The Astral Set from Shandalar a.k.a. Magic the Gathering: Duels of The Planeswalkers

Rediscovering Shandalar a.k.a. Magic the Gathering: Duels of The Planeswalkers from MicroProse

The Astral Set from the MicroProse Magic the Gathering computer game released in 1997 contained cards that could not exist outside of a computer.

Because these cards featured random effects, that would be hard to truly randomize in the real game, they exist only within the game.

Below are those twelve cards: 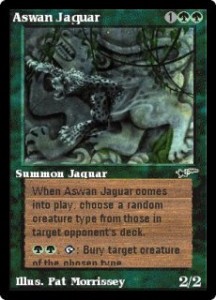 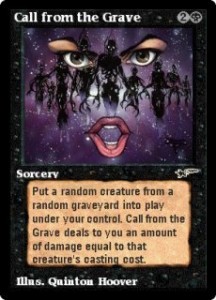 Call from the Grave

Put a random creature from a random graveyard into play under your control. Call from the Grave deals you an amount of damage equal to that creature’s casting cost. 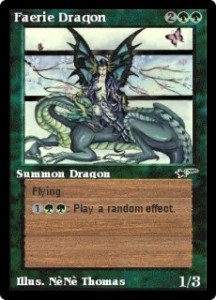 [One Colorless and two Green Mana]: Play a random effect. 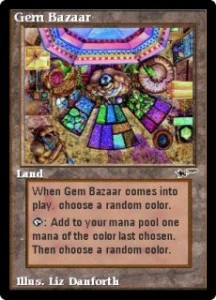 When Gem Bazaar comes into play, choose a random color.

[TAP]: Add to your mana pool one mana of the chosen color. Then choose a random color. 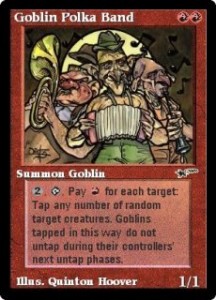 [Two Colorless Mana][TAP]: Pay [One Red Mana] for each target: Tap any number of random target creatures. Goblins tapped in this way do not untap during their controllers’ next untap phases. 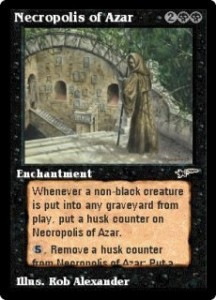 Whenever a non-black creature is put into any graveyard form play, put a husk counter on Necropolis of Azar.

5, remove a husk counter from Necropolis of Azar. Put a Spawn of Azar token into play.

Treat this token as a black creature with a random power and toughness, each no less than 1 and no greater than 3, that has swampwalk. (If defending player controls any swamps this creature is unblockable.) 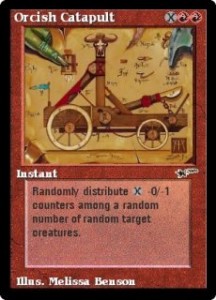 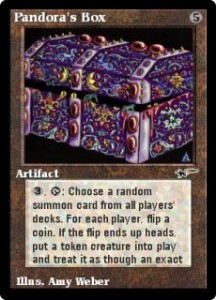 [Three Colorless Mana] [TAP]: Choose a random summon card from all player’s decks. For each player, flip a coin.
If the flip ends up head, put a token creature into play and treat it as though an exact copy of the chosen summon card were just played. 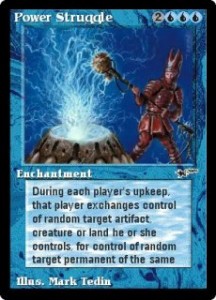 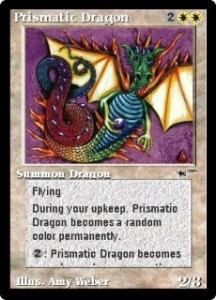 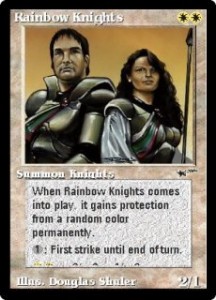 [One Colorless Mana]: First strike until end of turn. 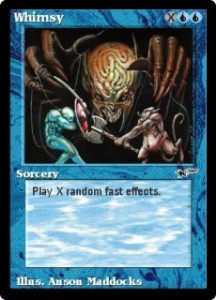 (Warning: Although all of these rely on random, Whimsy remains the most crazy to play.)

A difference, to be a difference, must make a difference.
Today it’s okay to make a few choices by going with your instincts.
Things are turning for the bright side.
More Fortunes >