The Story and Plot of Wolfenstein 3-D 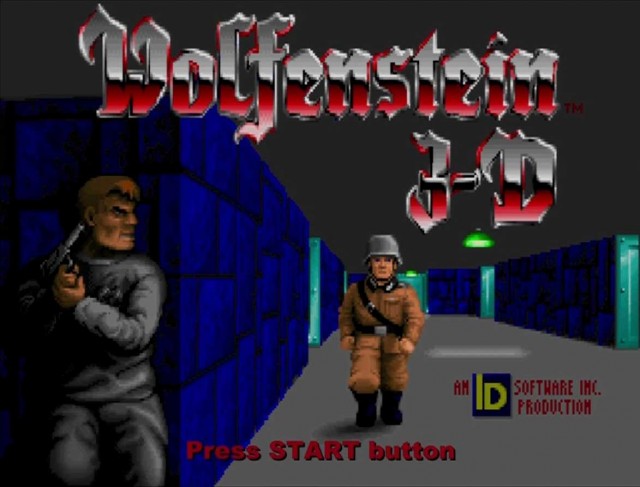 The Story So Far…

Your mission was to infiltrate the Nazi fortress Castle Hollehammer and find the plans for Operation Eisenfaust (Iron Fist), the Nazi’s blueprint for building the perfect army. Rumors are that deep within Castle Hollehammer the diabolical Dr. Schabbs has perfected a technique for building a fierce army from the bodies of the dead. It’s so far removed from reality that it would seem silly if it wasn’t so sick. But what if it were true?

You were never given the chance to find out! Captured in your attempt to grab the secret plans, you were taken to the Nazi prison Castle Wolfenstein for questioning and eventual execution. Now for twelve long days you’ve been imprisoned beneath the castle fortress. Just beyond your cell door sits a lone thick-necked Nazi guard. He assisted an SS Dentist / Mechanic in an attempt to jump start your tonsils earlier that morning.

You’re at your breaking point! Quivering on the floor you beg for medical assistance in return for information. His face hints a smug grin of victory as he reaches for his keys. He opens the door, tumblers in the lock echo through the corridors and the door squeaks open. HIS MISTAKE!

A single kick to his knee sends him to the floor. Giving him your version of the victory sign, you grab his knife and quickly finish the job. You stand over the guard’s fallen body, grabbing frantically for his gun. You’re not sure if the other guards heard his muffled scream. Deep in the belly of a Nazi dungeon, you must escape. This desperate act has sealed your fate–get out or die trying.

Episode One: Escape from Wolfenstein

Castle Woldenstein is filled with a host of people who would like nothing better than to see you in a body bag. Remember, that anything moving is a threat.

The guards you will be up against vary in weapons, body armor, speed, skill, aggressive, and even intelligence.

You escape from Castle Wolfenstein and struggle your way to the Allies’ front lines. While you were imprisoned, more evidence of the Operation Eisenfaust (Iron Fist) was uncovered.

Grave diggers are becoming Hitler’s best recruiters as Dr. Schabbs is preparing to unleash his hideous creations upon the free world. With the force of an entire army of undead killing machines at Adolf’s disposal, nothing can stop him.

You are the only one who can defeat the evil Dr. Schabbs and keep his hideous experiments from coming to fruition. Venture into the depth of Castle Hollehammer and inject Dr. Schabbs with your brand of justice.

You destroyed Dr. Schabbs and crushed the Führer’s plans for creating an army of undead. His dreams vanquished, the Führer has sunk even deeper into his twisted evil mentality.

Now bent on the destruction of the free world, Hitler has become increasingly desperate. Thousands die as Hitler leads his armies into suicide campaigns.

The only way to stop this annihilation is to confront Adolf himself. Can you defeat the Führer and end the war? Or will his hideous reign continue?

You must assassinate Otto Giftmacher, the amoral scientist responsible for designing chemical weapons. Be assured–the castle is well-guarded.

Episode Five: Trail of the Madman

Although the scientist is dead, the plans are in motion. Explore the dungeon of the castle to find the plans so the Nazis can be stopped!

Prepare for the final battle with General Fettgesicht, organizer of the chemical war. Wade through waves of soldiers and stop their Geneva Convention-breaking machinations!

Even a broken clock is right two times a day.
The path of life shall lead upwards for you.
Sharing little joys offer great hope to others.
More Fortunes >