Podcast Without Borders Episode 24: 7 Days A Geek – This Two Pair Trumps All 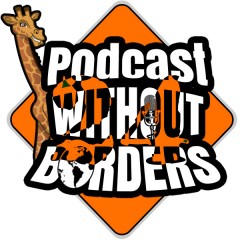 I don’t usually write a review for a single podcast episode. I usually write about a podcasts over the long haul, either their entire run or at least the 20+ episodes I have listened to.

But then I heard Episode 24 of Podcast Without Borders: 7 Days A Geek with guests Jason and Grant. And the pen hit the page.

Maybe the episode was great because Grant has been on a 7 Days A Geek “hiatus” of sorts, while he does social experiments with his own podcast The Stranger Conversations. After all, it was great to hear him and Jason together again on a podcast. But I don’t think that’s what makes this episode so special. 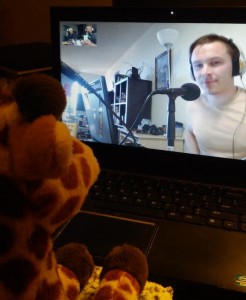 So what did hosts Aaron Corbett and Diamond Dave Maier do to elicit this spontaneous episode review?

It wasn’t just the fact that this episode was their longest Podcast Without Borders episode to date, although it was. It was because having Jason and Grant on their podcast meant they were hosting their podcast relationship’s doppelganger. And this made the time fly by. It was “lightning in a bottle.”

The parallels between the on and off mic relationships of both sets of podcasters is uncanny, making the chemistry of all four of them together something that you must hear.

Despite or because of the 207 minute run time they manage to turn from serious to humorous and back on a dime.

There are stories aplenty from all parties involved and even a special first ever podcast appearance from Grant’s wife Beth. 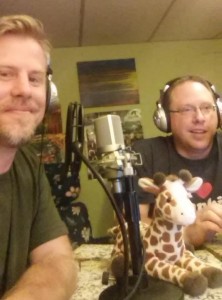 This special appearance from Beth, Grant’s real marriage partner, was done when his podcast marriage partner Jason convinced her to put on his headphones and take to the mic. And as amazing and fantastic as those twenty some minutes are, the show doesn’t suffer after she gave the headset back to Jason. It just continued to be great with all of them, especially Grant basking in the glow of what is quite possibly the podcasting highlight of Grant’s life!

But this isn’t just another podcast with a special guest as it relates to podcasters and listeners alike. It’s something more.

Having heard all of Jason and Grant’s run on The Last Podcaster Standing and many episodes of 7 Days A Geek, plus having listened to both Aaron and Dave on Grant’s The Stranger Conversations, I can categorically state that these four are something special together.

And while I don’t think they should start a new podcast, I do think that for the entertainment of all current and future listeners of all three shows all four of them should cross over, one way or another, once a year. 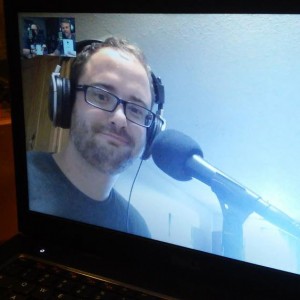 Any more often could dilute the magic, while any less often could leave the audience wanting for more. Although that could just be me… But I doubt it.

I literally, yes literally, laughed until I cried during the episode. And although I’ve given away the big surprise there’s still a ton of things I didn’t mention, which I won’t begin to list. Because if you like 7 Days A Geek, Podcast Without Borders, The Stranger Conversations or even podcasts in general, you need to hear this episode.

It is sincere chaotic entertainment of the highest caliber. Listen to the episode and you’ll be instantly hooked to all three podcasts involved.

In the podcasting world of poker this two pair beats any royal flush!

Listen to Podcast Without Borders Episode 24: 7 Days A Geek Now!