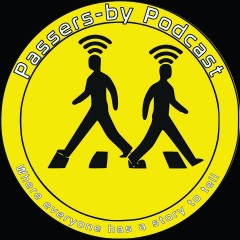 Recently, Bill of The Wicked Theory Podcast said that I am a “proxycaster.” “Palmer doesn’t need his own podcast, he has yours.” As such, when I appear on a new podcast, I will be using the term he coined for me.

So with some revisionist history, my appearance on Passers-by Podcast is actually Episode 13 of The Agent Palmer Proxycast. For those keeping score at home I have created an episode guide.

This brings us up to Passers-by Podcast, which is a show hosted by Matt, in which people come on to tell a story. Of the many stories I could tell, I decided to retell the story of 7 Days A Geek presents “Podtoberfest,” as one of the moving pieces that helped not only bring it about, but make it a success.

I won’t go into all the details of what I said because you can listen to the podcast yourself or read my full recap “Real Podcasters Do it All Night Long: Inside the Bold 24 Hour Experiment of 7 Days A Geek’s Podtoberfest,” but there are things that came up beyond my Podtoberfest story.

There are three things I have to thank Matt for; having me on to begin with, our warm-up conversation, and something he brought up that I was unaware of.

The first was having me on to begin with. On a podcast about stories, in which you only have to tell a story and that’s it, there are thousands upon thousands of options, and to be chosen, was an honor and a privilege. Or maybe there were tens of tens? Regardless, I was chosen and it was a blast. 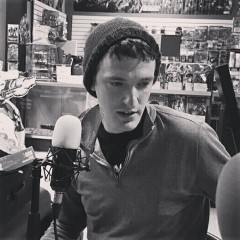 The second was our warm-up conversation. I logged into Skype at the appropriate time and we didn’t start recording for about 30 minutes. Why? Because we were just talking, “shooting the shit,” so to say. I assume this is his normal practice and it’s something that more podcasters should do. Because just that short 30 minutes of bullshit was enough to get myself comfortable with talking to Matt.

Remember, each time there is a “new” guest on a podcast, that is at times the first time that the guest and podcaster have spoken ever. So a little familiarity, even with a short conversation before hitting record can go a long way.

Lastly, after I recapped the story of Podtoberfest, Matt asked me about Agent Palmer origins bringing up “SCP-1126” from the SCP Foundation. In the initial description it reads “SCP-1126 is a specimen of Veitchia joannis (Joannis palm), standing 12m tall. Despite being a member of a species endemic to Fiji, SCP-1126 was recovered in Cleveland, Ohio. SCP-1126 is animate and capable of speech. It possesses the speech mannerisms and personality of the stereotypical Cold War spy. It claims to be “Agent Palmer,” a reconnaissance agent from an organization known as T.R.O.P.I.C.”

You are interested in higher education, whether material or spiritual.
A difference, to be a difference, must make a difference.
Fame and fortune are coming your way.
More Fortunes >