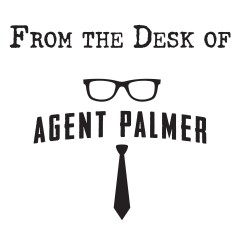 Recently, my job as producer at 7 Days A Geek was reviewed on air. It was much more of a Roast than an actual review, but it was a review none-the-less.

I did not produce my own review. I was not allowed to. Now, if you haven’t heard the Episode, please do, these are just some highlights and additional feedback from me, since I wasn’t on mic for more than 10 minutes during the entire one hour and fifty-three minute runtime.

Some of that was my idea, because I thought it would go over well, the other was simply that The Angry Ginger and The Kilted One didn’t offer me much time to begin with. Either way, it was a blast and if you don’t listen to the episode there are spoilers ahead.

[Listen to the Episode for the full context of what you are about to read.]

First off, I’m not Machiavellian, nor do I have the ulterior motives that Grant accuses me of having. I’m helping out because I enjoy it.

Second, there was no secret “pow wow” as was also an accusation by the hosts. The fact that so many people came to the same conclusion on their own speaks well of me, at least, I’m going to take it that way.

There is no history to this review, at least on air. Althea and Thomas Jackson, Jr, both predate me by an entire show, having come in around the TLPS days, but they have set the bar very high. And Doug, who joined shortly before me is a master at all things technical, and there my skills just pale in comparison. 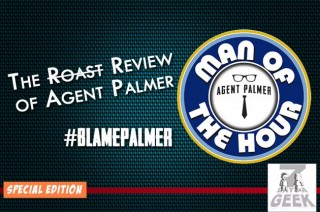 As for the new crew, I don’t do this alone. Stef may have been listening before Bill and I, but we all really got thrown into the mix for Podtoberfest 2015. Since then, as I’ve come into this role, I have relied heavily on their skills, ideas, advice, and friendship. But the point is, as much as I am the butt of the jokes; Al, TJ, Doug, Stef, Bill and I all help out. We don’t work as a team much, but I’m sure if that ever came together, we could take over the world.

But enough of the serious sap! Let’s move on to a taste of that episode and the reviews; here is a line or two from each email. I am honored and taken aback by the time and skill put into each and I do thank all of them for participating in this review or roast if you will.

Roy from Geek Up and Go / Moving the Needle (@roymac75)
“Under Palmer’s producer-ship, the show has moved from a weekly show to the two random dates that Jay’s darts hit on a copy of Palmer’s fan-made, full color Mustaches Styles on Grant pinup calendar. The diminished episodes per month benefits the show because more Canadians identify with the weaker Patreon dollar and jumped on the show. Win for Palmer!”

John Burke from The Pop Culture Cafe (@TPCCafe)
“If it is to be a review of Palmer’s work as a producer well I have not noticed much of difference. You guys still get get distracted by shiny keys, but I have come to expect that from the show.”

Quadcast Courtney from the QuadCast Podcast (@QuadFatherMft)
“Why is there even a producer for 7 DAG? The hosts clearly don’t listen to him! They are undisciplined when it comes to topics, they don’t listen to his time cues. So, if you measure Agent Palmer by how well he gets the hosts to do what he wants then he is a miserable FAILURE!

But if we are measuring a producer by what he does, like operating, unnoticed behind the scenes and making things sound smooth, then Palmer is a huge success!”

Christina Nicholls (@RedSquirrel80)
“Have I mentioned how awesome Producer Palmer is? No? Seriously. Coupled with a professionalism and charisma, it’s a winning combo!”

Clint from the GeekDig Podcast (@VengefulJedi)
“He’s on top of his game, and does things because he loves them. I’d love to hear more of him on the air. He is a valuable asset, and if you had anybody else in his shoes, they could never fill it.”

DDawson (@ddawson338)
“Improvement Plan: For Palmer to be more effective, he needs to start his own podcast and stop wasting his time trying to get this team organized…it’s not going to happen!”

Dan Evans (@Deac273)
“As far as a producer, Palmer has been doing a fairly good job, but part of that has to be because he’s doing it remotely. If he was recording with you guys, I’m sure things would be a lot smoother. He gets the topics ready. He prepares Jason and Grant by providing them with the links, emails and media that they may need… but that’s where it can fall apart. If he was there, he could help pull the plug on a segment or help move them along in a timelier manner. He’s no Gary Del’Abate, but he’s doing a pretty good job.”

Neil C from Dark Angels and Pretty Freaks (@AngelsFreak7)
“Agent Palmer’s communication and ability to shift the aural paradigm is as unique as it is effective. His subtle, yet confident way of designing a strategic program in which all loose ends are brought together in focused cohesion is impressive and much appreciated.”

Paul Maier from Diamond Minds / Our Liner Notes (@pmaier001)
“DO we need to spell out for you every year the performance of one individual that is the rock of Gibraltar, the great pillars of Greece, the great Hoover dam of the Colorado river… do we need to talk about the dedication of one individual like the presidents of the United States, the Dr’s and nurses of our hospitals, the mother to one’s newborn child… no, I say the outcome of 7DAG speaks for itself in accolades second to none for the one known as The Agent Palmer”

Paula from The Tell Me Stories Podcast (@stories_podcast)
“Also, what do we really know about Palmer? Can you air a full interview with this mystery creature? He’s a bit of a wizard w/ Clammr and seems to love producing podcasts, but why doesn’t he have his own podcast yet? WHAT GIVES PALMER??? Are you planning a hostile takeover of all our shows at once??”

Matt from Reasons Are Several (@ReasonsAre)
“Many people question why he doesn’t have his own show but the answer is clear. Palmer enjoys dipping his pen into all sorts of ink. He likes to spread his seed all over the podiverse, so why tie himself down with the obligation of putting out a weekly show of his own?”

Stef from Gotham Lights Podcast (@BadWolfBay87)
“There have been rumors that Palmer is not actually human, he’s not from this earth. Or he’s a robot. One that runs on coffee as a means of alternative fuel. What else could explain the fact that he does so much but doesn’t seem to need sleep?”

MeowGod (@MeowGod)
“There should be a term #palming or #palmering. This is when someone with narcissistic tendency obsessing on something then assimilate themselves into said interest.”

Tyler Nyquist (@alienhunter95)
“Based on my listening experience, I feel that Agent Palmer has been been doing a great job of keeping the show on track.”

Thomas Jackson, Jr. (@thomasjacksonjr)
“Agent Palmer has done a pretty , pretty, pretty good job as producer for 7DAGPodcast and even though you can feel the electricity of him wanting to un-mute himself and chime in to AG and the InstaGranted Kiltman.”

Last, but definitely not least, Bill who went full roast!

Bill Sweeney from The Wicked Theory Podcast / Preacher vs. Preacher (@WickedTheory)
“We live in dark times my friends, a foul and lecherous plague has spread and I must confess to my role in it’s gangrenous growth.

It was I who fed the ravenous ego of the persistent persona known as Agent Palmer. It was I who told him to get a real microphone so that he sounded better and in turn, sadly, it seems to have just made him more appealing as a podcast guest. Soon he was everywhere.

It was I who dubbed him the Proxy-Caster, because at the time it seemed “he didn’t have a podcast because he was on everyone else’s” and I fear now that he took this comment, and it festered in him.

He had already risen from a mere listener of shows to being on them, but it was no longer enough – he had to run them. And before long, he was, his clove cigarette stained fingers twirling gleefully like a child with finger-paint. In the last several months, he has worked his way into at least 4 podcasts, in different degrees of producing, and many in the community are divided on whether this is a positive or a negative for Podcasting as an industry.”

Courtesy is the password to safety.
Sharing little joys offer great hope to others.
Today it’s okay to make a few choices by going with your instincts.
More Fortunes >