What you should listen to: Couple Things Podcast 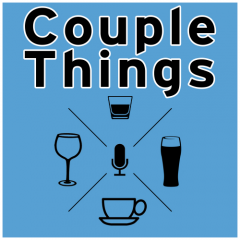 The website states “couple couples chatting about the quandaries of the world.” The main intro into their topics is “every week the four of us bring a topic to discuss barroom style…” How could you possibly go wrong, listening to Couple Things Podcast?

The four hosts are, of course, two couples; Ben & Molly and Von (Michelle) & Ray. But there is also the concept of “podcast married” which swaps the couples around, so be on the lookout for that depending on the topic at hand.

I could attempt to describe them individually, or even as couples, but they are a fantastic foursome, who you’ll come to know after just a few episodes as the strangers that you would want to run into at a bar or party.

Every week there are four topics. Some of them are serious while others are flat out humorous, but the discussion is always lively and always light-hearted, regardless. And from time to time, you get tangents, which may overshadow the topic at hand.

It’s hard to really pinpoint running themes, as opposed to common occurrences. For example, they usually drink while podcasting, the boys have quite the fascination with horns, and for every topic that runs along the actual couple lines, there are those that run along gender lines, or swap the couples. This gets noted as “podcast married.” 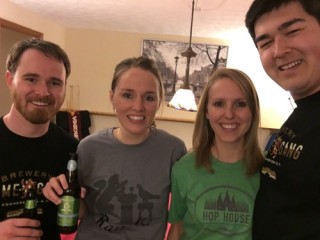 The hosts of Couple Things Podcast

There are at this time a few “segments” that occur on a regular basis. Von is rewatching Game of Thrones, so you’ll get here “Von of Thrones” updates, and Ben & Molls just got a puppy named Mumford, so you’ll get regular “Pupdates” as well. There have been others and there will be more in the future as well. They also, from time to time, field listener inquiries, so don’t be shy… Send them mail!

Because there is something for everyone… Seriously, the three episode challenge would give you 12 topics and 48 different points of view, plus whatever shenanigans they get up to in the intro and outtro. That’s solid math where the numbers are ever in your favor. So there should definitely be something to peak your interest, plus they’re very active on Twitter, so jump into the conversation with @couplethingspod.

When to enjoy Couple Things Podcast?

Anytime and anywhere. This podcast is relatively safe for work, at least it’s no more harmless than your local morning zoo radio program. So you can feel free to listen without headphones, although the people within listening distance may wonder what all the laughter is about. 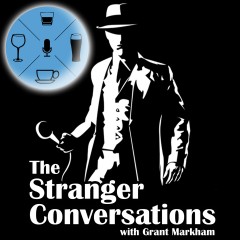 Way back in the Summer of 2015, The Stranger Conversations podcast host Grant Markham, undertook #CTPinJuly: A “Social Experiment.”

He invited all four hosts on as individual episodes and then had a “Round Table” discussion with guest co-host Dan Lizette, to see what happened when, after their individual episodes were all posted, they listened back and discussed what they had learned about each other.

If you need any background on any of the four, then this is where you should go, beyond what you can gleam from the existing and future episodes of Couple Things Podcast.

You know what, it may be cliche, but it also happens to be true. Ben, Molls, Von and Ray are just nice people.

The podcast is entertaining in the same way that at some point or another you’ve fallen for a funny sitcom, whether you will admit that or not.

Give it the three episode challenge, reach out to them on twitter, and tell’em Palmer sent you!

Courtesy is the password to safety.
A difference, to be a difference, must make a difference.
Even the greatest of whales is helpless in the middle of a desert.
More Fortunes >