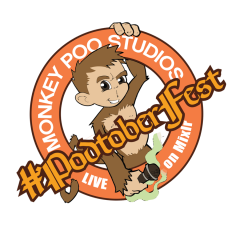 Soon podcasters from around the world will conduct a two day podcast extravaganza known as PodtoberFest 2016.

This year’s incarnation, building off of the tradition of last year’s continuous 24 hour live broadcast, will be split into two 12 hour live recordings on October 7th and 8th.

The list of talent behind this year’s event includes veterans from last year’s successful attempt; Jason “The Angry Ginger” and Grant “The Kilted One” from 7 Days A Geek, Bill from The Wicked Theory Podcast, Stef from Gotham Lights Podcast and From Brain to Keyboard, as well as, Dougie and myself.

New blood has been added to the mix this year too, both on and off-mic. Bill’s Wicked Theory cohort Ed TBD will be joining him, as will Paula from the Tell Me Stories Podcast, Diamond Dave of many, many, many podcasts, Matt from Reasons Are Several is the most sporty of our additions but also a not-so-closet-nerd, and last but not least, Dan, the only other non-podcaster besides Dougie and myself.

Regular listeners will recognize 7 Days A Geek and Wicked Theory as leaders in geek/nerd pop culture indie podcasts, while Gotham Lights is one of the top Gotham fancasts, Tell Me Stories is a new up-and-comer, climbing the charts with many musicians verbally baring it all for the host while the Diamond Dave Show is a new conversational replacement to the old Podcast Without Borders.

The live event will be broadcast on Mixlr and the hours will be split up and released as podcast episodes during the 30 Days of Podcasting on the 7 Days A Geek feed.

Now, aside from the 24 hours being split into two 12-hour stretches, how is this year different? Well, for one thing, there will be a lot more people in studio! Coming from the southwest, northwest, and northeast, Ginger, Bill, Stef, Dougie, Dave, Paula, and I will converge on Grant’s house for this event, not only to broadcast, but to meet in person.

This gathering is not unprecedented, as it does closely resemble a similar podcast reunion of sorts that happened in Portland at Rose City Comic Con in 2015, but this time is different. This time, there will be a lot more recording!

So you now know the who, and the when, and even some of the why, but what is this year’s PF? What is it that I should tune in to here?

Day One features Tell Me Stories, Gotham Lights, Podcasting 101, and the potential return of The Stranger Conversations, along with the start of a conversation about movies turning 30 and other trips down memory lane. 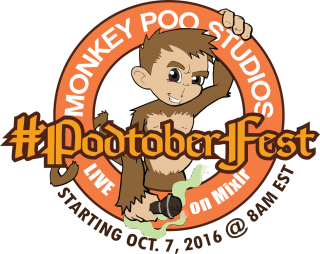 So there you have it. You probably know at least one of the players and you’ll be interested in how it works out this year. Be honest, you’re not expecting any of us to get much sleep between day one and day two, which could see a slight repeat of the breakdown in mental faculties we experienced in last year’s marathon… So you have many reasons to enjoy this with us. Get in the chatroom, listen on your computer, tablet, phone or smart device of any kind!

Listen in… You won’t want to miss PodtoberFest 2016, THE BIGGEST TWO-DAY EVENT IN PODCASTING THIS YEAR!

Today it’s okay to make a few choices by going with your instincts.
Even the greatest of whales is helpless in the middle of a desert.
Things are turning for the bright side.
More Fortunes >