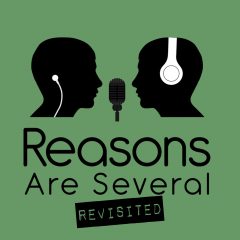 Reasons Are Several was hosted by Matt and Scott. But what happens when Scott goes on hiatus and is replaced by Neil from Dark Angels and Pretty Freaks? You get the same quality of show and a different show at the same time.

Matt says it was “an easy transition” because he and Neil are similar, to a point. They also had “a connection” when they met for the first time last year in Portland. But what makes this most interesting is that it happened in the first place and it was successful right from the start.

Matt is still Matt. It’s his show, and even with Scott as co-host, it always was. With Neil, he still remains a master of the one-liner, but his storytelling has been elevated with the addition of his new partner.

Neil is not “the new Scott.” He brings with him his own arsenal of humor and quips to duel with Matt. He has a different view of sports, though he is a fan, and he changes the dynamic of the humor in a great way.

Why Neil? Matt recently said “When I got to the Double-Episode I did with [Neil] in June,” which was because Scott was off air for a while, “it went so well, I was like, you know that was great, and when I found out about Scott stepping aside, I thought ‘boy, that would be perfect,’ if I could get Neil, but I thought I don’t know if he’s got the interest, if he’s got the time, you know?” because Neil did and still does have a whole other show. But it all worked out very well, in part to the fact that Matt has gone “out of his way” to make sure it’s possible for Neil to be on the show. 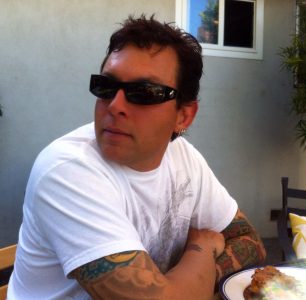 So, the show remains much the same as it was: telling stories about their lives, talking sports, and entertainment. But there isn’t so much more humor as it is different humor. Thusly the dynamic is different, though I hesitate to say better, it does feel like Matt and Neil are slightly more in-sync than Matt and Scott were.

The bottom line is that Neil brings something different out of Matt… It’s not a hard left or right turn, it’s more of a different road altogether and that isn’t a bad thing. Matt has, for his part, made some additions to the show for Neil. Most notably “The NASCAR Minute,” while, “Will Scott Watch It?” has been redubbed “Will Neil Watch It?” and they still go over ratings from the months prior theatrical releases.

Neil has brought with him a completely different perspective on sports, which is a bit refreshing, and he also brought his man-crush for Bon Jovi along, too.

Again, Matt and Neil each have an individual talent for storytelling, but they bring something else out of each other, which gives those stories new life and depth as well as added humor. They can build on each other’s stories and jokes in a way that isn’t always common to hosts. 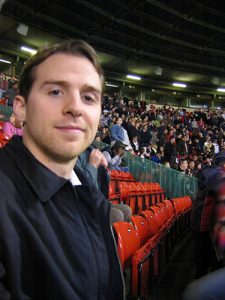 Matt’s even added a Patreon page for Reasons Are Several, where for just $1 a month you can listen to them test out new bits and other bits that get edited for time. You probably won’t find anything more valuable for just a single dollar a month than supporting the Reasons Are Several Podcast on Patreon.

Yes, I do continue to regularly email the show and feed Matt articles for them to discuss behind the scenes (because they are my only “sports” podcast), but even if they stopped reading my emails and taking my suggestions (I hope they don’t, but even if they do) I would still highly recommend this podcast to anyone interested in conversation, storytelling, and sports.

If you weren’t listening before, please give it the three episode challenge. Reach out to them on twitter, and as always, tell’em Palmer sent you!

A difference, to be a difference, must make a difference.
Today it’s okay to make a few choices by going with your instincts.
Whoever wants to reach a distant goal must take small steps.
More Fortunes >