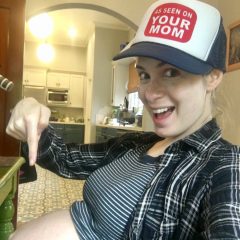 On January 3rd, 2017, the Queen of Geek, the marvelous Felicia Day, announced that she is expecting a baby girl in just three weeks. Many of her fans were shocked, and in some comments made on Instagram, a few seemed like they felt downright betrayed (original spelling preserved; usernames kept anonymous):

“omg Charlie is prego! I thought she was a lesbo in real life???”

While many fans of The Guild creator and Chief Creative Officer of Geek & Sundry showered her with congratulations, the general mood was simply “WTF?” Once the shock had seemingly passed, the questions started pouring in. Most notably was the question—just WHO was the father of the baby?

Here’s the thing: you don’t need to know who the father of her baby is. It’s simply not your business the details of the hows or whys this little person came into existence. Hollywood seems to spread the idea that because someone is famous, his or her fans deserve to know every detail of that person’s life—what workouts, diets, or style the celebrity enjoys in his or her everyday life. Most importantly, many fans seem to feel entitled to know the details of intimate relationships. Don’t we all deserve a little bit of privacy? 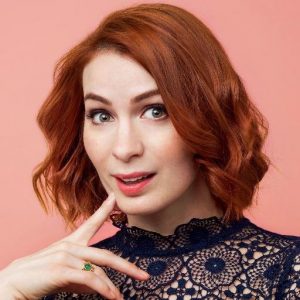 Felicia Day the Queen of Geek

Whether Felicia Day is “secretly” married, a lesbian, or simply decided to use IVF as a single woman to conceive her little one, no one is entitled to know those details. Our bodies, whether male or female, are our own and we owe nobody an explanation for what we choose to do with them. To claim otherwise is simply an ignorant way to control those around us. We do not know her personal story on the path to pregnancy, whether that story involves loss, infertility, or a myriad of other possibilities.

The most important thing is that Day seems happy and excited to be a mom, regardless of the details. For true fans, that should be all that matters.

Whoever wants to reach a distant goal must take small steps.
Your moods signal a period of change.
Things are turning for the bright side.
More Fortunes >