With Podcasting the “P” stands for Personal 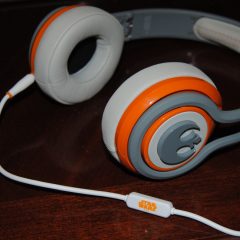 For all the growth that podcasting has done and all that I see it still has to do, people that don’t get it just don’t seem to understand what it’s about.

February 28th, 2017, will forever be the day that it all came together for me. Two things happened on that day in my world of podcasting, that made me realize what it is that makes podcasting so special.

First, who or what am I to podcasting? It’s not that complicated. I’m an engaged fan, a collaborator and guest on and behind the scenes of podcasts, and outspoken evangelizer of the podcast medium. But on that day back in February, I learned that podcasting and those podcasters who produce in the medium, need to realize the power they have.

Two things happened on that day. First, my usual Tuesday podcast Couple Things Podcast, took off a week after celebrating their 100th episode. I don’t blame them for wanted to take the break after achieving such a feat, but I didn’t realize how much they meant to my Tuesday, and as I learned on Twitter I wasn’t the only one.

The second thing that happened, and by now this will be public knowledge, is that my good friend Grant was closing down his podcast for good, meaning that the show that first put me on air, The Stranger Conversations, would not only no longer be putting out a season two, but that it may no longer be available.

At first, those two things may seem unconnected and completely irrelevant to you if they aren’t shows you listen to, but you couldn’t be more wrong.

Those two separate seemingly unconnected events, though the shows were connected in a crossover, are what led me to the thought that I am going to share. Podcasting is an intensely personal medium. It’s more personal than a book, a blog, a movie or television show. It’s the most personal form of entertainment that exists right now, and perhaps, for the foreseeable future.

Not every listener is as outspoken as I am. And with good reason. It does take some work to live tweet a show, or respond to questions with an email, or even go online. But I do it. And that means, that I acknowledge to the show that I miss them, when episodes aren’t released. But don’t for a second think that because there are only a few outspoken people in your feed that they are the only ones who notice. 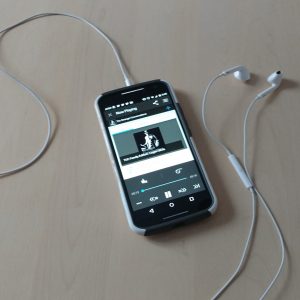 Those listeners who listen weekly and never reach out also notice. Take a look at your numbers. I don’t care if every episode gets 10 hits or 10,000, every one of those subscribers knows you don’t have an episode out and every one of them is impacted in some small way.

But like the passive listeners of your regular show you’ll never know that. So don’t take it for granted that they aren’t impacted, because if you always get 10 listens on release day, and yet only one of them reaches out, you can bank that at least 7 of those other 9 are wondering what happened.

So that’s the first part. The second is in regards to my friend Grant hanging up The Stranger Conversations. He is my friend. I will continue to speak with him, but those who only heard his show, will no longer hear from him or about him. Yes, I joke that he may come back, but maybe he won’t and that’s just another unique voice silenced… And yes, I don’t care if they are dick and fart joke podcasters or serious discussion podcasters, they are all unique voices who we listen to when the shows drop and we are all sad when they are silenced.

Do I think anyone would care much if I didn’t post another blog after this? Probably not, I attempt to tell stories and inform, but unless you’ve read every post, in which case you’ll know a fraction of who I am and what I’m about, you don’t know me one tenth of how well you know a podcaster who you’ve listened to for at least 10 episodes.

And in the knowing, they become part of your circle, even if the relationship is one sided, meaning you listen and that’s it. But podcasting isn’t like that most of the time. There are always going to be interactions between creator and consumer, and thus friendships are created, even if they only mildly exist outside of the digital realm.

Podcasters, become a part of your circle. And when they go, they are gone. Remember, those listeners that never reached out? They still care, maybe more than you think, but you’ve abandoned them. And I’m not trying to scare any podcasters back into the game, or scare anyone off from starting their own, but remember, you are creating a relationship with your listeners that they take seriously, so you should too. 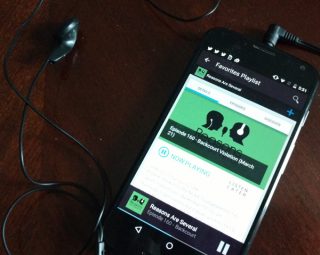 Being an outspoken and engaged listener means that the shows that have disappeared from my feed: Moving the Needle, The Stranger Conversations, Podcast Without Borders, Inglorious Gentlemen, Diamond Minds (to name a few) –means that I’m still friends with them because I had the opportunity to interact with them both digitally, and in the case of those shows, on mic as a guest. So I have their contacts and I still speak with them regularly, but I still miss listening to them.

Even one of the new shows, I just finished an archive binge of, The Internet History Podcast… I’ve spoken to Brian on twitter, but from his podcast, which doesn’t have much to do with him, per se, I know he has kids and a wife and now a book deal and was a TED resident. He knows nothing about me, but I still know more about him than any of my old high school classmates or even most of my college ones.

The point is, that as one-sided as the relationship may be for you as a podcaster, the listeners are people and they know you. And more often than not, as my friend Dan Lizette has said many times, “they come for the content, but they stay for the talent.” The talent is the podcaster and don’t you forget that part.

Your show, however serious or trivial, means something to your listeners. And after a few episodes, if they keep listening, it is YOU that mean something to them. Maybe you just make them laugh, maybe you tell them stories, maybe you teach them, but through it all the constant is always you and you shouldn’t forget that.

Whoever wants to reach a distant goal must take small steps.
Things are turning for the bright side.
To let another into your heart, first let yourself in.
More Fortunes >