Marvel deserves a commendation for “balance” within Guardians of the Galaxy Vol. 2 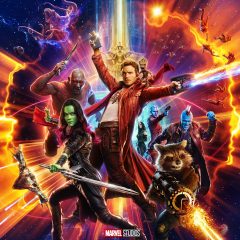 This is not a review, nor a critique, it’s just a commendation of Marvel’s Guardians of the Galaxy Vol. 2 for one thing; balance. It was a good and fun film. It’s what we expect from Marvel. They have a standard so high that even if they did fall short, it would still be a good movie.

But what struck me most about Guardians of the Galaxy Vol. 2 was the attention to balance. It’s not something that I thought about during the first film, but with Groot and Gamora seemingly adding members to the team at will, the balance of screen time and story is amazingly solid.

I’m sure the story had some of this in consideration from draft to script but the editing was spot on. And whereas with some of the Avengers films, some characters take on lesser roles, even the characters slighted by the script are well fleshed out, like Gamora and Drax.

Ensemble films are not easy. I mean, they are based upon a group dynamic sure, but making that group a bunch of equal characters is no small feat. We’ve all seen movies featuring an assemblage of characters where as an example two of the five get more screen time and plot devoted to them, while the other three remain off in the distance.

But the difference with Guardians of the Galaxy Vol. 2 is that, even if they aren’t part of the main plot, they don’t feel like they’re off in the distance, and therein lies the rub.

Think what I’m saying is null and void? Perhaps balance is overrated. Suicide Squad was a solid popcorn flick, but despite coming together to fight as a team in the end, the build up in hindsight features only two or three of the main characters from that group. And I know, balance would not have made that film any better, but it just goes to show you how overlooked and undervalued balance can be. 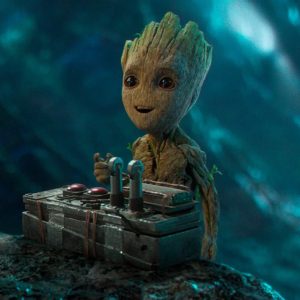 Baby Groot in Guardians of the Galaxy Vol 2

Even within Marvel’s own Avengers, you’ll find a lack of balance within screen time and plot distribution.

Is it perfect balance necessary? No. Is the balance in Guardians of the Galaxy Vol. 2 perfect? No, but for an ensemble movie, it’s pretty damn close. Considering Marvel has done this before with Avengers twice and Captain America: Civil War (which might as well have been titled Avengers: Civil War) that’s saying something, because there isn’t much character balance in those three.

Do I think every character is equal all the time? No, I do not, but it feels like they were going for equality here, and they succeeded.

So, grab your ticket, buy some popcorn and enjoy. You don’t need to realize what I just wrote, just know that it was done. Marvel has yet again raised the bar for themselves and their genre, and they are owning it more than any other studio at this point in time.

Read the Secret File of technical information and quotes from Guardians of the Galaxy Vol. 2.

(For a full spoiler review, check out The Wicked Theory Podcast‘s “Guardians of the Galaxy Vol. 2 FULL SPOILER REVIEW.”)

A difference, to be a difference, must make a difference.
Even the greatest of whales is helpless in the middle of a desert.
Whoever wants to reach a distant goal must take small steps.
More Fortunes >