What you should listen to: The DC TV Report 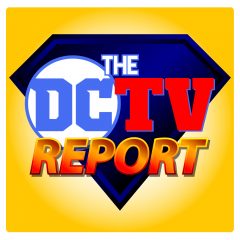 A Special Report from Agent Carter

The website states the DC TV Report started as a segment on The Wicked Theory podcast, before growing into its own weekly mini-episode, only to then blossom into a full-fledged separate podcast.

What a progression…that’s worthy of giving the show a listen, right?

This informed podcast is hosted by Edward O’Hare nickname TBD and Dr. Sara Netzley. Ed can also be found as part of The Wicked Theory podcast, while Dr. Sara is an academic by day and freelance writer for EW.com by night.

The DC TV Report provides recaps, news, and commentary on all live-action TV shows based on or related to DC comics or DC comics characters. Some of the current shows that they cover are Supergirl, Legends of Tomorrow, iZombie, Black Lightning, The Flash, Krypton, Gotham, Arrow, Preacher, and Lucifer. While they are also covering news for upcoming shows like Pennyworth, Titans, Watchmen, Y the Last Man, Doom Patrol, and Swamp Thing. 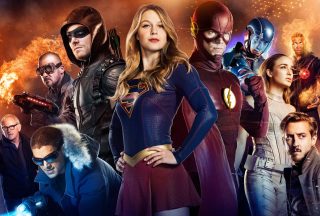 The hosts work their way through each show in order, based on the airing schedule throughout the week, each show getting their own segment. The great thing about this podcast though, they use timestamps! Don’t watch all the shows? No problem! Each show segment gets a timestamp in the show notes, so you can skip over the shows you don’t watch or don’t want spoilers for. Listen to only what you want, the shows you watch, the shows you don’t, they give you the information to put it into your control.

Another interesting theme is the Winner of the Week. Both hosts pick who or what they think is the winner out of all the shows that week. This can be their favorite character or their favorite underlying theme from several of the shows.

Also, everyone should be aware that Ed is a big DC fanboy. He is always upset that Marvel has “figured it out” and is always left wondering why Warner Brothers haven’t yet. It may not be DC TV, but it is DC and it does come up everytime Warner Brothers releases a movie or is in the news.

If you’re a fan of DC Comics or DC Comics TV shows, this is the podcast you’re looking for. You not only get detailed recaps but well-informed conversations between the co-hosts. You can tell they know their stuff, thanks to either Ed’s knowledge of comics or Sara’s detailed research.

Their breakdowns are truly for everyone. Whether you have existing knowledge in the comics or from the televisions shows or not. They don’t dumb it down, but they explain it well, so they won’t lose you in minutiae, except when Ed goes deep into the DC archives of his mind.

When to enjoy The DC TV Report?

New episodes are released every Saturday at Midnight Eastern Time. So you can enjoy the episode as part of a lazy Sunday morning, or to liven up your Monday workday. 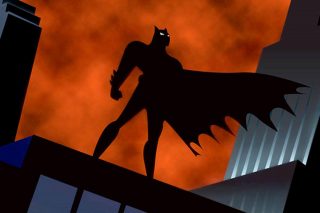 Most TV shows have a set number of episodes that they air during their season. So what happens when all these DC shows go on break? Retro Picks! The co-hosts find other DC related shows to watch, which include DC cartoons, past DC shows which no longer air, and DC specials.

The current summer break retro pick is Batman: The Animated Series. The 90s hit Batman cartoon which gave us a Bruce Wayne/Batman voiced by Kevin Conroy and the infamous Mark Hamill-voiced Joker. If you’re in for some fun nostalgia, join Ed (who has seen every episode) and Sara (who never watched the series) in rewatching the old episodes and then discussing this great cartoon!

Also, do check out Dr. Sara Netzley’s fantastic recaps at EW.com. Her most recent DC related recaps were for Supergirl and Lucifer, but she has also recapped Preacher, Arrow, and The Flash in the past. Other recaps include Supernatural, NCIS, and The Shannara Chronicles.

So to wrap things up, be sure to check out this podcast, I highly recommend it. I have not missed an episode yet. You can reach out to the hosts and the podcast itself on social media at the following twitter handles @EdwardOhardTBD @SaraNetzley @DCTVreport

You can email the show, DCTV @ wickedtheory.com.

And the DC TV Report can be found on iTunes, Stitcher, Google Play, Libsyn, or your podcast app of choice.

Agent Carter (@ThisAgentCarter) is a writer, podcaster, and geek. From Jane Austen to Agatha Christie, Doctor Who, Marvel, DC, and more, she geeks on books, nerds on movies, enjoys music, and fedoras.

You are interested in higher education, whether material or spiritual.
Today it’s okay to make a few choices by going with your instincts.
Courtesy is the password to safety.
More Fortunes >