Musings of an American Sports Fan who REALLY Enjoys the CFL 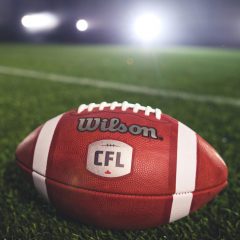 Earlier this month, a lot of American football fans were introduced to the Canadian Football League as they turned on ESPN2 to watch the debut of Johnny Manziel for the Montreal Alouettes against the team he was just recently on.

Despite all of the hype from all over North America, it wasn’t even the best debut of that week! The previous night, the Toronto Argonauts’ McLeod Baltazar Bethel-Thompson threw a touchdown pass with one second left, to cap off a 42-41 comeback victory over the Ottawa Redblacks in his first CFL start! And while that may not make the news south of the border, it was clearly the more successful CFL starting debut of the week.

Now, Johnny Football may or may not have increased the American spotlight on the Canadian game, but I’m not a Johnny Come Lately. I was first introduced to the CFL by a combination of the Baltimore Stallions – the CFL’s attempt to export their game to America – and by having Canadian relatives. But for years it was only a passing fancy since there wasn’t much actual CFL coverage in the U.S. 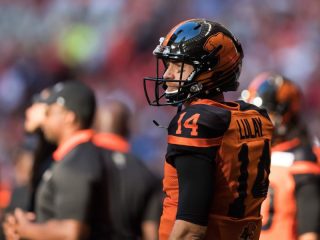 That has all changed since ESPN and TSN collaborated to broadcast more games down here for the American audience, usually on ESPN 2. And for the past few years, I’ve been catching more and more CFL games on my television.

I’ve been watching because I truly embrace and enjoy Canadian Football.

The CFL appears to have much more league parity than its American counterpart. While Grey Cup championships elude some teams, playoff droughts aren’t nearly to the level that American fans in Cleveland and Tampa Bay have felt for over a decade.

But the talent pool, the CanCon rules (to borrow an expression from the Canadian media), salary cap, and how the teams swap players may be the reason for some of that parity. The ‘CanCon rules’ dictate that while each team has a 44-man roster, they must maintain a minimum of 21 homegrown players – seven of whom must be starters. But as far as the international talent pool is concerned, the CFL has seen its fair share of American stars before and after their NFL careers, including Warren Moon, Joe Theismann, and Jeff Garcia. Ricky Williams went to the CFL to rebuild his career and Doug Flutie did it most famously by winning three Grey Cups. There are many more names to mention, but none as well-known – and now Johnny Manziel joins those ranks.

So that’s the talent pool, but the game itself is obviously different and in some instances even better, at least solely based on the rules. 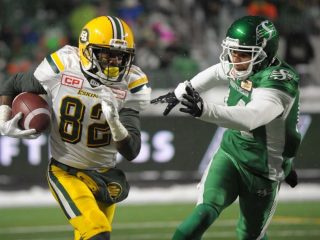 As a direct result of having three downs to get a 10-yard first down (as opposed to the American four-down system), the CFL is a more compelling game with less “ground and pound” style of play. The three downs also make the game more exciting in that there are exponentially more possessions by each team, making comebacks more frequent.

Those comebacks and possessions are also increased by the play clock which is half of its NFL counterpart clocking in at just 20 seconds. This also means a lot of the playcalling is coming from the sideline and in the huddle, as there isn’t much time to change the play at the line of scrimmage.

Also, the three-minute warning and subsequent clock stoppage, combined with that shorter play clock make it much easier for losing teams to get the ball back late in the game.

All of those rules make for a more wide-open game on – let’s face it – a much more wide open field! Canadian Football is played on a field that is 110 yards (with a 55-yard line in the middle) by 65 yards (plus end zones that are 20 yards deep instead of just 10 in the NFL). This makes the playing surface more than 50% larger (9,750 square yards compared to the 6,400 in the American model). Despite all that extra space, only one additional player per side is allowed (12 on 12 instead of 11 on 11) giving teams more room to make plays. 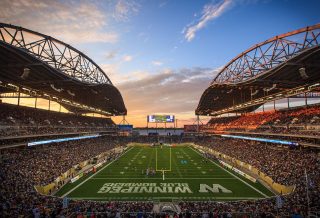 Beyond having more room to play, the Canadian game slants toward the offense in that all the offensive skill players except the quarterback can move in any direction and be in motion in the backfield up to and including when the ball is snapped. This, along with some of the other rules I’ve mentioned, is why the Canadian game is much more of a passing game.

And then there’s Canadian Football’s most unique scoring play – the Rouge or single – which is obviously the scoring of a single point. This is awarded when a ball is legally kicked into the end zone and the receiving team doesn’t return said kick out of the end zone.

There’s also a no fair catch rule which makes the game safer because defenses have to allow the receiving team five yards to field the ball either in the air or on a bounce. And I can’t talk about the CFL without mentioning that the goal posts are in play centered on the goal line just like in the old NFL days.

Now, I enjoy the sport of football in its various forms and levels, from high school teams on my local television station on Friday nights to division 2 and 3 college games (as well as the big time division 1 games). The only exception to my football fandom is the Arena League. Even though I have a local team which is fun to watch live, the game just doesn’t strike my fancy. 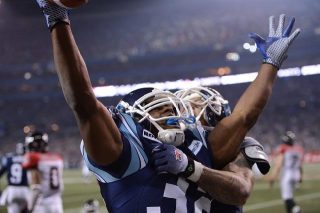 I’m a pretty well-rounded sports geek (including a litany of many other sports that I will watch) which probably stems from the age of five when I watched SportsCenter first thing in the morning before I switched over to cartoons.

That I’m not a professional athlete is something that I came to terms with when I started realizing that professional rookies were a decade younger than I currently was!

But that small tangent aside, the CFL is a great league that is worth watching. They hit hard. They throw, run, and kick the ball. There are injuries. It is compelling football for anyone who has the access to watch it. So take it from me, our neighbors to the north have quite the game up there. In some respects – ignoring the capitalist notions of the larger NFL – the CFL may have lesser talent, but it may also have the more engaging and entertaining on-field product.

Good clothes open many doors. Go Shopping.
Your moods signal a period of change.
Even the greatest of whales is helpless in the middle of a desert.
More Fortunes >