The End of an Era: Dark Angels & Pretty Freaks Podcast Takes a Break 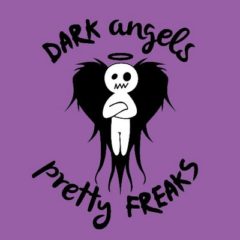 Every Sunday morning for the past, I can’t remember how long, I have woken up, made some coffee, and listened to my friends Annaleis and Neil for a fresh episode of their couples podcast Dark Angels & Pretty Freaks.

Sometimes, it was more like mid-morning or afternoon, but always on a Sunday. It hasn’t been going on for the entire run of their show, but it has been going on for at least a few years now. Long enough to have become a tradition, a habit, something you can count on. But my Sundays are going to be different.

On Saturday, April 13th, Dark Angels & Pretty Freaks (DAPFpod) uploaded episode #265 titled “Last Podcast.” And while Annaleis wanted to keep the podcast going, Neil wasn’t so keen on the idea, and I applaud the two of them for making what must have been a very hard, but still a very correct decision; “It’s time for a hiatus.”

Now, within the podcast circle, especially the one in which DAPFpod and I exist, “hiatus” is somewhat of a dirty word, used when podcasts are going away permanently, but don’t actually want to say it as such. So when they used the word in their “Last Podcast” episode, I knew it wasn’t something taken lightly.

But they are doing what they should be. Annaleis may want to continue the podcast, but it’s not a one-person show, and I am sincerely in awe of the two of them making this decision, which clearly was not easy for either of them.

But they aren’t going away. They will still be doing their vlog Halos and Heathens and using that channel to upload fun videos or just go live and hang out with the chat. The old podcast episodes will still exist, but that isn’t what is important or what matters the most to them or me. 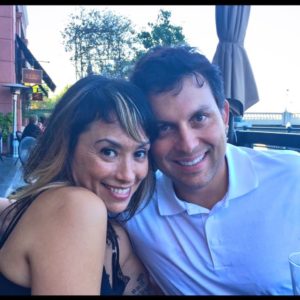 Here’s the thing. I’m not “just a listener.” I have a friendship with both of them. It goes beyond a weekly listen and tweet. I don’t just have their public twitter names to communicate with them, I have their private phone numbers too. So, while I may be losing a weekly hangout with my friends, our friendship isn’t going anywhere.

Now, I know that I’m not unique in this regard, but it’s not something everyone reading this can relate to. Most people don’t have the phone number of their favorite podcast hosts unless they already knew them before they started the podcast. But I’m not just anyone and neither are they. Our inner podcasting circle bred friendships as a byproduct of behind the scenes encouragement, promotion, and assistance.

So, will I miss my Sunday morning tradition? Yes, it will take some time to get used to, but I’ll probably just replace it with something else… Something that is perhaps the same thing just on a different platform. Perhaps, I’ll just start texting Annaleis and Neil every Sunday morning over coffee…

Is it the same as live-tweeting a show on Twitter where many people can interact with and join in on the conversation? No, it is not. But will it continue a friendship that started out of thin air and grew into something more? I believe it will.

Will everyone get the same results, as they listen to other podcasts? No, but as I stated in a post about being a guest on 100 podcast episodes (one of which was DAPFpod #124), “everyone is looking to engage.” Sometimes we shout back from the void and most specifically, for creators who are putting their content or themselves out there into the void, someone shouting back is wonderful.

Results may vary, but you may just end up with two wonderful friends on the other side of the continent…

Courtesy is the password to safety.
Your moods signal a period of change.
You are interested in higher education, whether material or spiritual.
More Fortunes >