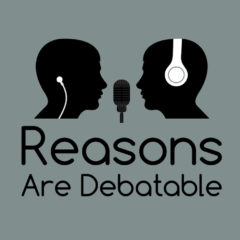 Guess who’s back? Back again. RAD is back, tell a friend.

Reasons Are Several is back, now under the rebranded guise of Reasons Are Debatable, and though the format is different, the heart of the show remains. Podcasts are nothing without personalities and for this show that was never debatable, especially when the last co-host seat change was made. With Matt and Neil, you knew what you were in for during their run of Reasons Are Several and, well, you already have a good idea of what to expect from Reasons Are Debatable if you listened to its predecessor.

So, what is Reasons Are Debatable (RAD)? In the words of their marketing department, it is “a weekly podcast where we look at one topic from many angles and offer bad advice that you didn’t know you needed. New episodes every Wednesday!”

In my words, Reasons Are Debatable is the natural progression of Reasons Are Several to allow Matt and Neil to do more with less in a much better way. The episodes are in fact shorter, they have paired each episode down to one topic and one advice question, they have maintained a weekly release schedule, but everything else is still there, it’s just more manageable from what we don’t see.

As Matt said recently on the freshly relaunched Podcast Without Bounds, Neil “always felt like he was guesting on my show anyway…which is one of the reasons that we renamed it and kinda relaunched, even though it’s the same, similar logo and all that kind of stuff…. We changed things to make it more both of our show.”

And Matt still faithfully edits the show, just as he did the old one, but with shorter episodes and only one topic, the edits, I’m guessing here, must be much easier. Though I’m sure the outtakes are still hilariously private, as it’s never something that we’ve heard in either this iteration as RAD or the older iteration of RAS, perhaps maybe one day we will?

In the meantime, Reasons Are Debatable is here to stay; from light topics like video games and drinking, to heavy topics like pandemics and racial injustice, and everything in between. These topics are covered with a light touch, mainly for entertainment, though you may learn some things along the way. 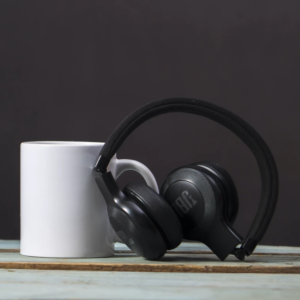 Thankfully, every Wednesday there will be a new RAD for all of us to enjoy, much to the efforts of Neil, who “harrassed” Matt to bring the show back. And of that show, Matt diligently keeps editing it down to a very consumable runtime because, according to Matt, “it’s a bullshit silly show that doesn’t mean anything but, like, I didn’t want it to be total crap…”

Well, it’s not total crap, it’s a gem of a show, and one that I am happily writing about for the third time (the first time because it was a fun show, the second time because a host changed), in the show’s third incarnation. Now, it was debatable as to whether or not I would even write about them again, but after sending in an email regarding that very question, I was told not to “save the ink” and to write about them.

Top 10 Ways to include “Reasons Are Debatable” into your everyday conversation:

Honestly, it’s a solid answer to any why question.

And with this post completed, I urge you to listen to the Reasons Are Debatable podcast before they inevitably leave and return with the next incarnation… Options Are Many.

To let another into your heart, first let yourself in.
Even a broken clock is right two times a day.
Nothing in the world can take the place of persistence.
More Fortunes >