One Year Later: Three Hallmarks of The Palmer Files 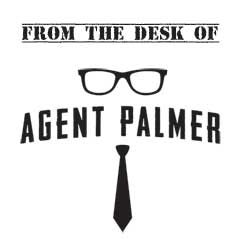 It occurred to me recently that I don’t take a good look at my personal growth often enough. Sure, I’ve recapped my year-long content experiment, a week of guest hosting on four different shows in five days, and I made a big deal about the 300th post of agentpalmer.com.

Well, now it’s time to look back at one year of The Palmer Files and what I’ve learned from a year of running my own podcast.

Before launch, there were some notes I had taken.

“The art of conversation and the pursuit of knowledge”

“Conversation is becoming a lost art, and I refuse to let it die without a fight.”

A lot of that is still relevant when I look at the first 26 episodes of The Palmer Files. While there were also a few hundred words about the importance of those things, those are the things I kept coming back to over and over again. Then, I finally recorded some shows.

On September 10, 2019, I released Episode 1 “The Dip with Bill Sweeney” to the world, where Bill and I discussed The Dip by Seth Godin. The conversation interestingly boiled down to the question, “Should I even be doing this podcast?” 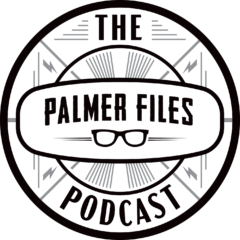 One year later, Bill is the third of four friends who took part in my series exploring friendship and the first episode of year two. Here’s what I’ve learned in the middle of that Sweeney sandwich.

Patience and Consistency
Taking years to sift through the rubble of my mind to uncover what my podcast would be has paid off. The format hasn’t changed, though it wasn’t that concrete, to begin with. “I want to have a conversation or discussion with someone, and I want it to be enjoyable for the guest, the listener, and most importantly me.” I think I’ve done that.

While the “most importantly me” may sound self-serving, it’s really about keeping my motivation and inspiration at a high level. As the host of a guest-based show, I am the constant. If I’m not having a good time, you probably won’t be either and, therefore, won’t be listening.

Don’t Overdo It
The every-other-week release schedule was a gamble at best, but it was also a weighted one. I knew that this blog wasn’t going to fade away and that a weekly show would be too much to juggle. But would listeners adjust to a show that releases every two weeks? So far they have, and so far juggling two blog posts and one podcast every two weeks has been a treat.

Changing formats allows me to stay sharp and get out of just the written format. Also, I enjoy the audio editing process much more than I expected. And I still have time where I am not writing, recording, or editing in any format.

Variety is the Spice of Life
There are a wide variety of guests who have recorded with me: fellow podcasters and bloggers, students, teachers, authors, archaeologists, musicians, comedians, storytellers, designers, artists, technicians, and (most recently) friends. Of all the things that I borrowed from this blog, the name being the most obvious, the idea that no subject is truly off-limits has stayed true. 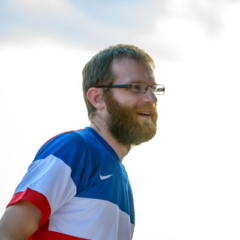 I can write about anything here, and I can record about any topic with anyone on the podcast, and that’s been a true pleasure. I hope that if you’re a listener, you enjoy that spice. If you haven’t listened yet, I implore you to check out an episode.

There isn’t much else to say. It’s been a year, and I’m going to keep going. Maybe that’s enough?

I’m working on another solo episode. The script will be posted on this site and trace the origins of The Palmer Files, starting with the creation of the blog. Perhaps that’s the most important piece of the puzzle. It may seem contradictory, but without this blog there is no podcast.

Thanks for supporting the all-things-geek endeavors of both AgentPalmer.com and The Palmer Files. If you aren’t listening yet, there will be a topic or guest that is sure to intrigue you very soon.

I may have written it before the show launched, but my favorite part of this show is the conversation. The back and forth, the storytelling…

“Conversation is becoming a lost art and I refuse to let it die without a fight.”

The Palmer Files Podcast is my fight.

Today it’s okay to make a few choices by going with your instincts.
To let another into your heart, first let yourself in.
A difference, to be a difference, must make a difference.
More Fortunes >