Two years after the 1999 release of Guster’s Lost and Gone Forever, my friend Josh handed me a mixed CD full of Guster songs. It was mainly centered around this album but also featured songs from the band’s two previous studio albums and some live bootlegs.

I have been a fan of Guster ever since.

Perhaps it’s because of the fact that Josh centered that CD on this album, or maybe it’s just that this is such a strong album, but this is an album that commands that you listen to every track, from What You Wish For to Rainy Day. 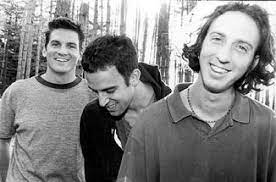 All the Way Up to Heaven and Rainy Day were the only two tracks not on the mix, but I did eventually get others. The second mix he gave me filled in more holes from both Parachute and Goldfly. By the time he gave me a third disc, Keep it Together had released…

The first album, Parachute, is very acoustic and mellow in tone, while Goldfly adds more energy to the sounds of the preceding album and builds with a fuller sound. The third album that I’m going to go through, Lost and Gone Forever, has the fullest sounds. It’s big, it’s large, it’s harmonious, and it marries the softness of the first album with some of the brashness of the second, adding an extra bit of grit.

Track 1: What You Wish For
Not all first tracks are indicative of the whole album, but What You Wish For, with its colorful acoustic intro riff, soothing melodies, and grooving beat, is such a great start to this album. It absolutely sets the tone for what else is in store by small degrees of sonic separation.

“Come out, come out wherever you are”

Track 2: Barrel of a Gun
“Four, three, two, one;” the hook of this chorus is infectious. The percussive syncopation is visceral, and when combined with the harmonies, melodies, and a build that is at one point turned up to a full band and down to just certain pieces throughout the song, you have a complete sonic experience in just one song.

“I know a movie star”

Track 3: Either Way
The strings that slowly play out the chords behind minimal percussion (that’s mainly the strumming of a guitar throughout a good portion of the song) give this ballad an eerily free-flowing quality. This song expresses just how complete the acoustic guitar is as a singular instrument. When paired with the strings and the rest, it’s hard to imagine that this hasn’t been in countless films. It feels like the backdrop of a surefire cinematic masterpiece, no matter the genre. 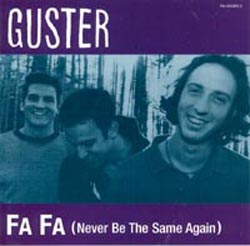 Track 4: Fa Fa
Fa Fa is such a beautifully simple song. It’s lyrically powerful with its refrain of “Never be the same again,” and yet because half of the chorus is “Fa fa-fa fa-fa-fa-fa-fa” it is completely singable for anyone. Those horns at the end complete the song in a very memorable way.

“You were always saying something, you swear you’d never say again”

Track 5: I Spy
Every album needs a reflective song. While I Spy may be a bit sadder than reflective, it is sonically reflective to me. As all of the pieces of the song coalesce into something beautiful, it becomes something different than the sum of its parts. I love the poetry of the lyrics, especially the way the verses start with “We went down,” “It went down,” and then revert back to “We went down.”

Track 6: Center of Attention
I brought this song to an episode of Our Liner Notes as the answer to the question “What song is heard when you first see me during the movie of my life?” This song is more introspective than first listens can appear. After all, I am “the center of attention in the walls inside my head.” We all are.

Track 7: All the Way up to Heaven
During that same Our Liner Notes episode, Chris Maier said that Center of Attention had some whimsy. He’s not wrong, but when it comes to whimsy and this particular Guster album, All the Way up To Heaven holds all the whimsy for me, especially when the key changes and the whistling starts.

”Soon I could be happy” 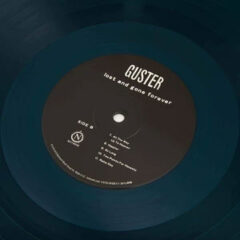 Track 8: Happier
I do love this song. The fact that it feels like it’s a bungee, with all this build-up and anticipation. The vocals soon take the lead over everything and you hear “So go on,” and then it all begins again. It’s also not lost on me that the lyric of “Soon I could be happy” is in the previous track and then the next track on the album is called Happier. Album order matters.

Track 9: So Long
In our current world, “so long” is more likely to mean that a meeting lasted longer than it should have instead of goodbye. Here, “So Long” takes me back to a simpler time. It’s a light and airy track. While it has layers, they are minimally used to great effect.

”Yes I heard all that you had to say”

”You’ve dreamed of thousand dreams, none seem to stick in your mind”

Track 11: Rainy Day
While the previous track still feels like the pinnacle of the album or the climax of the movie, Rainy Day serves as a wonderful postscript or palette cleanser, depending on your preferred metaphor. It’s crisp and fresh, despite the electric nature of the song, which also hints at what awaited us with Guster’s next album, Keep It Together. That’s either immense foresight or grand happenstance. 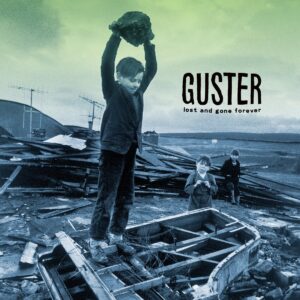 To some, Guster is a college band, but since that’s not a defined musical genre, I can only state that Guster was my college band, since I was in college when I found them and during their active career releasing albums.

Find this one on your favorite streaming service, push play, and enjoy!

You are interested in higher education, whether material or spiritual.
Look forward to great fortune and a new lease on life!
Things are turning for the bright side.
More Fortunes >