Football, Futbol, Soccer! 2021 is The Summer of Soccer 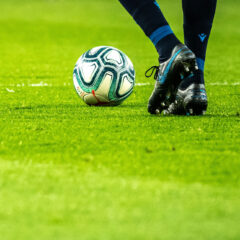 Is the summer of 2021 the greatest Summer of Soccer the world has ever known? I believe it might be, despite not being a World Cup year, it is jam-packed with international tournaments that are unlikely to ever coincide again.

The EUROs (postponed from 2020), the COPA, the Gold Cup, and the Olympics (also postponed to this year), have created a buzz around international soccer, the likes of which we only usually experience during a world cup year, and that is only a fraction of the number of participant nations.

During the last World Cup, as is usually accustomed, 32 teams participated in the tournament. This year, 24 nations participated in the EUROs, 10 in Copa America, 16 in the Gold Cup; that’s a total of 50 nations, not to mention some additional ones that will be part of the 16 in Men’s Olympic Soccer and 12 that are a part of the Women’s Olympic Soccer.

What kicked off this summer with Euro 2020 on June 11th, 2021 will not end until August 7th, when the last Olympic soccer match ends. And with so many nations and overlapping tournaments happening, it’s hard not to get wrapped up in all of it.

So let’s talk about what has already happened:

The UEFA European Championship, known as the EURO 2020, was postponed due to the Covid-19 pandemic from its namesake year 2020. And it was compelling on a whole with most games being closely contested and some wonderful storylines throughout. But there were a few major headlines. 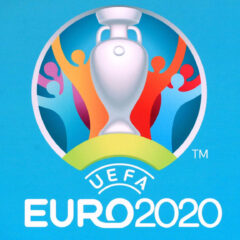 The first, occurring on matchday two was the on-field cardiac arrest of Denmark’s Christian Eriksen, who has since recovered from the episode. His team went on a magical run to the semi-finals where they lost to England, who made their first international tournament final in recent memory, only to not bring it home on home soil to a resurgent Italy, who was on a revenge mission for not even qualifying for the last World Cup.

And while the final between Italy and England came down to penalty kicks, the tournament as a whole was marred by the racism towards the three English players who missed their penalties, that players were kneeling in protest at the start of every game of the tournament to bring awareness of to begin with. From a pure football perspective, this was a wonderful tournament to watch. Off the pitch, Eriksen’s recovery was the high point, and racism clearly the lowest point.

Also coinciding with the EUROs was Copa America, which is the South American equivalent of the Euros. And at the start of the Copa there were two questions; will Brazil continue to dominate while playing on home soil, and will Messi finally bring a major international trophy home to Argentina.

The answer was a 1-0 Argentina victory in the final over Brazil. Messi, one of the greatest players in the history of the game, finally got his major international trophy, and of all the celebrations on the pitch after the full-time whistle blew, it was his hug with former teammate and Brazil superstar Neymar that seemed to mean the most to both Messi and Neymar, despite the outcomes. And the world is happy for Messi, and now that he has his one major title, could there be more on the horizon now that the monkey is off his back? It’ll depend on how much longer he plays, but any team with Messi on it is a potential contender.

Meanwhile, as I write this post, and it publishes to the interwebs, The Gold Cup is going on; where the underlying stories are the standard fare; will Mexico and the USA end up crossing paths during the knock-out stage? How will rivals Canada and USA fare in their group match? And what will Qatar look like on the pitch, as they received a special invitation to the Copa but had to back out due to Covid concerns, and that invitation was again extended to them for the Gold Cup as the future host of the next World Cup? 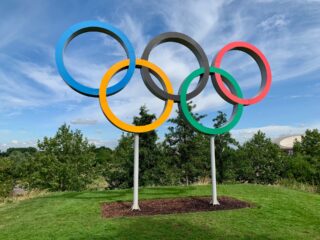 Photo by Kyle Dias on Unsplash

And all of this is leading into the Olympic Soccer tournaments where the storylines are aplenty. In the Men’s tournament; Argentina has a chance at another international tournament victory this year. France, Spain, Germany, and Brazil, all can look to redemption for not winning their previous international tournaments this year. And we don’t yet know whether Honduras or Mexico will be looking for redemption or a double based on their Gold Cup runs.

On the Women’s side, will the USA be able to maintain its dominance of past tournaments? Will they even get out of their own group, being paired with Sweden, Australia, and New Zealand? Have China, Brazil, Japan, Canada, and Great Britain, and those in Group G with the USA all made strides at bringing the USA back to the pack? Or is the USA Women’s National team in a decline?

Only time will tell on all of it, but it will be extremely fun to watch.

But what will the lasting legacy implications be for five major international tournaments in a single year, including over 50 countries, and lasting about three months? Well, the pandemic postponements are not something to expect in the future, so this is likely to be a once-in-a-lifetime occurrence. We should enjoy this windfall of high-level international play from the best players in the world, on the biggest stages.

None of these tournaments on their own can match the prestige of a World Cup, but this Summer of Soccer is much larger and longer and feels to have another air of intrigue when compared to the past few World Cups. Perhaps it’s because there are just so many storylines. Perhaps it’s because there is more global participation. Or perhaps, this is a unique occurrence that we should savor. Because once the Olympics are done, so too is the Summer of Soccer.

Have you been watching? Will you be?

Good luck to you and your team.

Even a broken clock is right two times a day.
Your moods signal a period of change.
Nothing in the world can take the place of persistence.
More Fortunes >