Enjoying the Fellowship of Friends on an Extended Friday Break 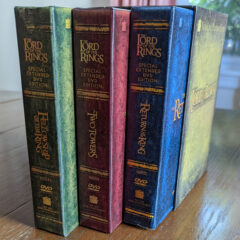 Recently, my good friend Zapata, my partner Stefanie, and I all called off work on a Friday to geek out in perhaps the most time-consuming way possible: with all three extended editions of The Lord of the Rings trilogy. It was something that Zapata and I had reminisced about since we hadn’t done it in a long time, and as Stef had never seen the Extended Editions it was decided that it must happen.

We choose to take off on a Friday so that it would be a real break from work and not just half of our weekend. Weekends are important.

I’ll admit that we were all passively watching. Stefanie watched while putting together a puzzle she had received over the holidays. Zapata was painting a legion from his Warhammer army. And I was going through my Magic: The Gathering collection to donate bulk commons to a local store. They’ll do more good there rather than collecting dust at home. 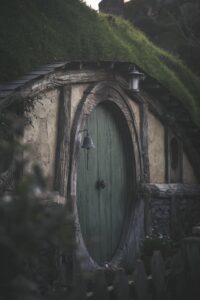 While we didn’t entirely eat like Hobbits, there was plenty of food to go around. Zapata brought donuts to start the Fellowship of the Ring off, a mountain of wings was procured for The Two Towers, and we finished off Return of the King with gyros.

We’ve already started brainstorming other such marathons that might be fun. The bottom line is that sometimes you just need to geek out with some friends. You don’t even all have to be doing the same thing.

We had some fun with the movies because you can do that with things you know very well. We had some generally geeky discussions as we individually occupied the day, which was fantastic, by the way. It was a wonderful break from the monotony of the real world for about 10 hours or so. The runtime is a little less than that, but with my Extended Edition DVDs, you need to change the disc at least once per film!

The point is these kind of blow-off-steam days are things you and your friends should be doing. Since each of us in our little film Fellowship are all still working from home, we’re our own best collective of support. Our friends and our families now hear as much about our work life as our co-workers did when we shared office space with them. 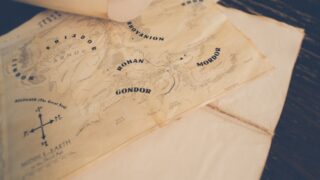 And we still need breaks! Breaks are important. They allow you to breathe and gain perspective on larger projects. And it’s important to remember that there’s life outside of work!

Watching all three Lord of the Rings Extended Editions back-to-back-to-back on a Friday might not be your cup of tea, but you should absolutely do a movie marathon with some friends. Make the time, and don’t let it corrupt your Saturday and Sunday like Sauron and Saruman. Take a legitimate break.

Even our weekends can be structured and busy, so take the time off for a day or even more, but leave your weekend alone! You won’t be disappointed.

Tagged: Lord of the Rings, Magic: the Gathering, Tolkien

Even a broken clock is right two times a day.
Let’s finish this up now, someone is waiting for you on that.
Whoever wants to reach a distant goal must take small steps.
More Fortunes >