Released on March 18, 1997 Nine Lives was the first studio album released by Aerosmith since 1993’s Get a Grip and the first on Columbia Records since 1982. Since that time, Aerosmith had revived their career on Geffen, and this four-year period was their longest album drought since the creation of the band at that point.

The album has a personal connection for me. The first concert I ever attended was from the subsequent tour of this album, but as an adolescent fan of the band, this was also the first album from Aerosmith I was able to purchase of my own accord and listen to on release day. This also means that I have the original album cover, which was replaced after some protesting, but that’s another story for another post. This is all about the music on the album.

From the first scream to open the album, Aerosmith rings in an album that takes them back to what they used to do: back to the hard driving blues rock with a few harmonies that they championed during their previous Columbia era moreso than the softer and somewhat more popular pop rock hits of the Geffen years.

So let’s get into it, track by track.

Track 1: Nine Lives
This track is built sonically upon the Geffen years, but drives hard like the Columbia years. While it isn’t there throughout the whole song, I love Joe Perry’s guitar playing off of Tylers’ lyrics as a small conversation on occasion. The interplay is a captured moment that often happens more in concert than in the recording studio.

Nobody ever dies in their dreams

Track 2: Falling in Love
As a bass player, I love that this track belongs to Tom Hamilton all the way. And it’s classically Aerosmith with a groovy tune, thanks in part to Tom’s bass and inventive innuendo lyrics.

I’m major in love but in all minor key

Track 3: Hole in My Soul
This isn’t a ballad for ballad’s sake, as is the case often with slower tempo songs on hard rock or rock albums. Sure, it brings down the tempo of what came before it, but this is the blues. This is heartache. This is a breakup song and maybe the best breakup song Aerosmith has ever released.

For every love letter written there’s another one burned 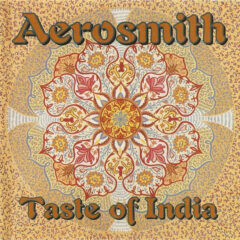 Track 4: Taste of India
Pardon the pun, but I always thought this was a tasteful ode to India; it’s poetry in the music and lyrics. The influences fit and don’t feel forced. And while it’s not the title track, it has the sound and lyrics to be the keystone song upon which the album is built.

Track 5: Full Circle
This is the song that resonates most in my head after listening to this album as a whole. I think perhaps it is my healthy fascination with time, but it’s also the circular nature of the music that feels like a classic folk song that appeals to me as well. Classic folks songs have a circular rhythm to keep the lyrics flowing as long as necessary and this mimics that very well. Perhaps it’s a combination of the two, my fascination with time and my enjoyment of folk music, but this is just a great track. Perry’s solo is not to be overlooked either. It may be his best one on the entire album.

Don’t piss heaven off, we got hell to pay

Track 6: Something’s Gotta Give
Lyrically, this feels like a scream against change. It’s not that you can stop it or that the band is trying to, it’s just that it’s not always pleasant. The older I get and the further away I get from my first listen to this track way back in ‘97, the more I can relate to it. Plus, it’s one of Tyler’s best harmonica moments on an Aerosmith studio album to date. 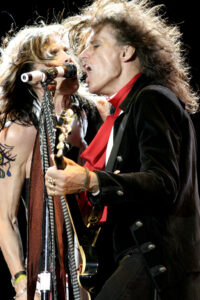 Track 7: Ain’t That a Bitch
Like Dire Straits’ “Brothers in Arms,” this song makes me think of a dark and misty street just after a rain where the pavement is still slick and the lamp post light reflects off of it. This song is a noir in the classic sense, at least in my head. The private eye is definitely hitting the bottle, but in the most bluesy way possible, because he lost the first, and perhaps, he’s lost the case, too.

Track 8: The Farm
The Alice in Wonderland in rehab overtones aren’t only overt, they feel equally personal. Of course, that’s on purpose. This album was written decades after the “Toxic Twins” cleaned up their act. Honestly, I’m surprised it took us this long to get a song like this from Tyler and Perry, but here it is, better late than never. I guess is the same that could be said for their sobriety.

I got terminal uniqueness

Track 9: Crash
This is pop culture overload, and I’m here for it. In an era before FOMO – remember this album was released in 1997 – this is Aerosmith’s entry into the cultural reference song. It’s not quite in line with “We Didn’t Start the Fire” or “Ir’s the End of the World as we Know it (And I Feel Fine)” but it’s fun and moves forward with lightning fast speed. As a reminder for us decades later, you will in fact “crash and burn” “losing your mind” if you let FOMO dictate your life.

Waiting for the Geezer Captain Crunch to come around

Track 10: Kiss Your Past Good-Bye
This song feels like the culmination and also a slight redemption from previous album tracks such as What it Takes, Crazy, and Cryin. With this track we’re moving on from those radio hits. And in a way, this album is doing the same thing, moving away from the Geffen years. I really like the duality of those two things. It feels important not only to the band musically, but if there was an Aerosmtih canon this would be a part of it.

I’ve been so lost I must confess, I’ve had my share of loneliness 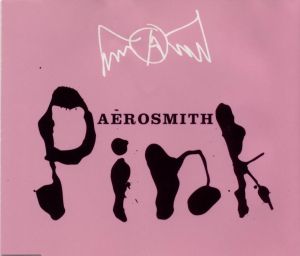 Track 11: Pink
This is absolutely the most well-known and popular track from this album. That’s thanks to its radio play and heavy rotation of the music video on MTV and VH1 at a time when the latter mattered more than almost anything else. While I don’t hate the song, some do. It’s not my personal favorite from the album, but I understand its appeal. It’s not often that a rock band crosses over into the popular charts, and this one had everything it needed for a single in the late 90s to make it big. Thus, everyone knows it to this day.

Pink as the bing on your cherry

Track 12: Attitude Adjustment
The penultimate track on the album sonically is the best encapsulation of the entire album. It belongs here. It’s what this entire album has been building towards. It’s fresh, it’s new, and it’s not like the Geffen era or even the previous Colombia era. This is Aerosmith preparing for the new millennium with a new sound, and it’s a really underrated track.

Don’t you ever baby, wonder where the lust went

Track 13: Fallen Angels
From Tyler’s vocalizations to start the track, it builds into an epic song. It’s one of the best ways to end an album, specifically this one. It’s not quite a rocker, but it’s no ballad either. It’s wonderfully somewhere in the middle with its own pessimistic optimism. For that reason it’s a great end to a fantastic album. It’s not a weak song buried at the end; it’s a showstopper meant to leave you wanting. And in that, it is successful.

Sometimes I wonder if there’s a better place 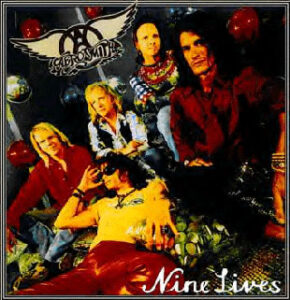 With over two million copies sold, peaking at number one on the Billboard charts, Nine Lives put all the doubters back in their place. There was life for Aerosmith with Geffen in the late 80’s and early 90’s after the early success of the band with Columbia. Now, back together with the label that gave them their start, they proceeded to succeed again entering into a new millennium.

For my generation, this was our first studio release that happened when we were able to purchase albums ourselves. We grew up with Aerosmith as a classic rock band, but this made them contemporary, which is all the more amazing when you consider what else was released in 1997: Radiohead’s OK Computer, Wu-Tang Clan’s Wu-Tang Forever, Foo Fighters’ The Colour and the Shape, Green Day’s Nimrod, Third Eye Blind’s self titled debut, and Creed’s debut with My Own Prison. You can see the changing landscape from when Aerosmith were on top with Pump in 1989 and Toys in the Attic in 1975.

Therefore, it isn’t just my opinion that this was a good album. It’s a testament to Aerosmith’s songwriting and musicianship that they could still venture to the top of the charts in a changing music scene yet again.

Also, as a bit of self-promotion, I spoke at length about this album on an early episode of Our Liner Notes, which if you’re still interested, I encourage you to listen to. On that episode I talk more about my concert experience and about the album in general.