Inside Sports: Cycling a Look into the Fast-Paced Two-Wheeled Fury 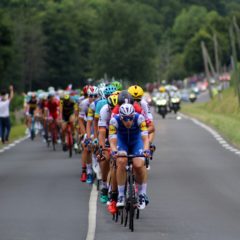 I am an avid cycling spectator. I enjoy all that the sport offers both on the road and on the track. This is a look inside why I enjoy the sport so much.

From Grand Tours, like the Tour de France to the Velodrome, it doesn’t matter where they are racing, just as long as there are two wheels and they are trying to go as fast as they can!

First off let’s define the word cycling, “the sport or activity of riding a bicycle. Bicycle racing has three main forms: road racing (typically over long distances), track racing (on an oval track), and cyclocross (over rough, open country).”

On the Road.
Road racing in the sport of cycling is a very unique form of racing. Single-day races, time trials, and stage races all have their own tactics. I fell in love with the Tour de France, back when an American named Greg LeMond took the race by storm, racing on the American 7-11 team. On the road you want to cross the finish line first, or in the time trial you want to finish the fastest, or do you? In the Grand Tours there are various classifications; the general classification (GC), the points classification, and the “King of the Mountains” or mountains classification. 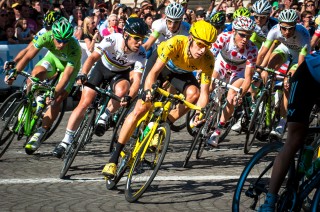 So do you want to finish first? Well, most of the time you do, but road racing is a team sport. So most teams are usually equipped with a GC contender as well as a sprinting and climbing specialist. Some teams are built to assist one rider to win the points or “King of the Mountains” classifications. 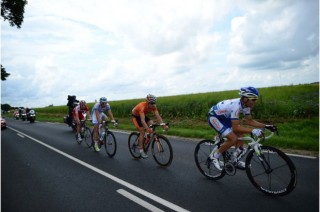 A Breakaway in a Grand Tour

With the exception of the “King of the Mountains” you can’t win anything alone. Sprinters rely on their team to pull back any breakaways so that by the end there can be a sprint to the finish. The sprinters’ teams historically get to lead out their big guy using drafting techniques to launch their man at the right time, usually about 200-300 meters to the finish.

GC riders need help as well. Not only to pull back breakaways, because you don’t want a time gap of over a few minutes to your rival in the breakaway. But also to help you up the mountains on a bad day or to give you their wheel or bike, should anything go wrong with theirs.

Currently, the 100th running of the Tour de France is going on. It’s to early now to tell, but come stage 12, teams with multiple classification aspirations will know what they have a shot at. It’s all about winning. There is no shame in being the “King of the Mountains” and not the overall winner. 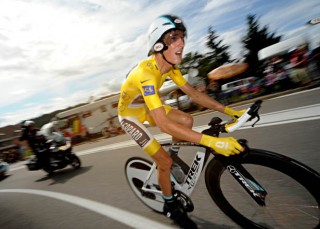 It’s not all on the team. It is still down to the individuals to to battle once their teams have set them up. Over the past few years, we’ve seen some amazing one on one battles among the GC contenders up huge mountains. Attacks, counterattacks, wins, losses and draws. There’s a lot that can happen when it’s down to mano-a-mano.

Against the Clock.
There are straight up time-trial races, as well as, time-trial stages in the grand tours. Although, riders today are well informed, with chase cars monitoring their time and the times of everyone else, yelling splits in their ears and I’m sure the occasional encouragement. This really is just you against the clock. How do you win? You put all yout training to the test and when you legs hurt, you just keep going. 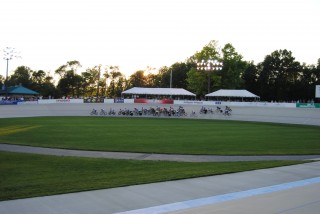 Racing at the Velodrome in Lehigh Valley, Pa

On the Track.
I was lucky enough to grow up near Trexlertown, Pennsylvania, which has it’s very own Velodrome and is referred to the world over as T-town. Track cycling is different from road cycling, because track bikes don’t have brakes and only have one gear, which means there is no coasting either. That gear is chosen by the rider based on the event. A bigger gear, may get your more top speed, but it will take you a lot more to get that gear wound up.

Track cycling isn’t just going around in circles until you’ve complete the laps in the race. There are different races and each has its own rules. The Miss-N-Out or Devil Take the Hindmost is a great example. A field of riders is whittled down one rider at a time, the last rider to cross the line is out until a certain number and then it’s every rider for themself.

The Keirin, is a motor-paced race. A small field of riders follows a motorcycle around the track. The motorcycle picks up the pace each lap and then pulls off leaving the riders to fight for the final lap. Sometimes it’s an all out war.

The Madison is a team event. Two riders on a team take turns in long races. How do they take turns? The teammate not in the race will swoop down the track, grab hands with his partner and be flung into the race. At which point his partner takes a breather and he goes on with the race. 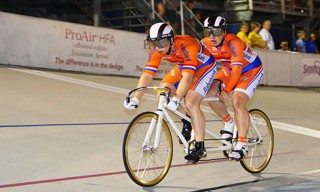 Track cycling also has points races, where every nth lap (usually 5) points are given for the first few riders across the line. There are team pursuits, individual pursuits and straight out time trials.

The tandem race. Two riders on one bike with one gear going as fast as possible. These bikes usually have a much bigger gear, as there are two pairs of legs to get it going. Tandem races are just as exciting and much faster. The tactics are the same as solo riding, but it’s takes a lot of precision to maneuver these bikes. Riders on tandems are artists and watching them work is simply amazing.

Most Olympic velodromes have a 250m indoor track, but the velodrome in T-town is a 333.3m outdoor track.

The same things apply to track cycling that apply in road cycling. Work with your teammates, attack, counterattack and finish strong. 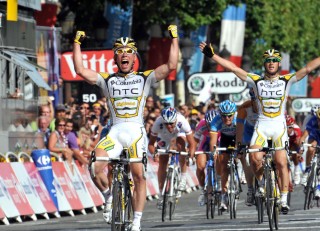 Overall.
Whether it be on the track or on the road, it’s always fun to watch. Cycling is pure sport. You ride faster than the others, you win. I’m aware that it’s not been a good decade for cycling as doping has been a rampant problem, but just as is the case with baseball, it doesn’t make it any less fun to watch.

The above doesn’t count Mountain Biking, Cyclecross, BMX or any other types. I do enjoy those as well, although I’m not as schooled in them.

Bottom line, professional cycling in its various forms is simply fun to watch.

Good clothes open many doors. Go Shopping.
Even the greatest of whales is helpless in the middle of a desert.
Things are turning for the bright side.
More Fortunes >