5 Insights Before the 2014 Winter Olympics in Sochi 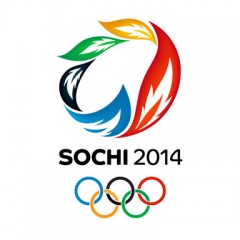 There are always plenty of unique and inspiring Olympian stories but for me it’s about the sports. Here are five things I am focusing on for this the XXII Winter Olympiad. 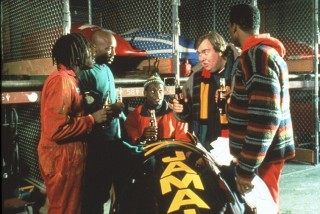 John Candy in Cool Runnings with the Jamaican Bobsled Team

1. The Bobsleigh events are always fascinating to watch. Although the physical bobsleigh looks about the same every four years, the aerodynamics and materials are changing. This year the American teams will be sliding down the track in a BMW designed bobsleigh. Here’s hoping they chose the correct car company for the design.

The other obvious draw to the Bobsleigh events is the Jamaican Bobsleigh team, because of the Disney movie Cool Runnings. They’re at it again this year and I”m sure John Candy will be rooting for them from the other side.

2. Every four years we all get caught up in Curling. (Don’t try to deny it, we ALL do.) Curling for those of you who are still unaware is a “sport in which players slide stones across a sheet of ice towards a target area which is segmented into four concentric rings.”

But the draw may be the players, because unlike the skiers or skaters, these men and women seem like us. It’s one of the few Olympic sports where you can watch them and think “Hey, I could do that,” and not be lying to yourself. I’m not trying to put them or their sport down, that’s just a general conception I’m fine perpetuating. And one other thing, the Norwegian Curling team’s wardrobe will be something to watch as their Norwegian Flag inspired suits were a hit around the interwebs. I wonder what they’ll wear during the competition.

3. I’ll admit to casually watching skiing events during non-Olympic years, but during the actual Olympics I can’t turn away. Every four years, the competitors get faster and the courses more technical. Downhill, Slalom, Super-G it doesn’t matter the event, these are athletes at the top of their game all competing against the same opponent… the clock! On the other hand, as the speed and technicality increase, so too does the risk. Yes, it could be a little thing, like being off line and being penalized or disqualified, but the real risk is for injury. These athletes are not only in better condition year after year as training techniques improve, but the technology they use, their skis, their poles, their helmets and skin suits all contribute to faster times, which also contributes to more serious crashes as well.

4. This year, for the first time ever in Olympic history, women will be competing in Ski Jump. Ski Jumping has been a part of the Olympic Winter Games since 1924, but only for men. Should we view this as a victory for women? I’m not so sure, I mean it certainly is good they get their chance, but I see this as more of an indictment of the International Olympic Committee (IOC). It’s not like women participating in Ski Jumping just took off in the last decade, women have been doing the same things as men for a long time now. So what took so long? I don’t know, but I wish all the women involved in the inaugural Women’s Ski Jumping the best of luck. (Also, in the interest of full disclosure, search google images for “women’s ski jumping” and you’ll find that team USA isn’t shying away from sex appeal.)

5. I casually watch the X-Games,  in fact they just took place January 23-26. The X-Games used to be the end all be all for their respective sports. That is until events from the X-Games started showing up in the Olympic Winter games. I think it has a lot more to do with ratings than giving those sports legitimacy. In fact, I don’t think they need legitimacy. Snowboarding, for example, has a very distinct following. As long as they have the X-Games, they’ll be fine. In fact, I’d wager they they got together on their own to see who was the best, well before the X-Games. So why are events being pulled into the Olympics from the X-Games? Again, I think it has more to do with ratings and demographics. But I’ll still watch, so there you go.

There they are, the five things about the upcoming Winter Olympics that I know and/or are looking forward to. Enjoy, and may your country not get shut out for the medal count. Remember, there are no medals for showing up.

Look forward to great fortune and a new lease on life!
Courtesy is the password to safety.
Let’s finish this up now, someone is waiting for you on that.
More Fortunes >