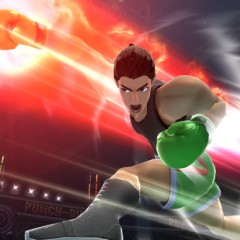 After first introducing us to the magic that a Nintendo all-star fighting game could be in 1999 (god, typing that makes me feel old), the House of Mario FINALLY brought a FIGHTER to the melee!

The introduction of Little Mac as a playable character during last week’s Nintendo direct was a surprise to me, but only because they’ve ignored the fighter standing in their midst for so long.

An assist trophy? STOP PLAYING WITH MY EMOTIONS, IWATA!

Super Smash Bros 3DS/Wii U marks the fourth (and fifth?) installment of the popular fighting series, but it’s steadily moving to the top of my “Shut up and take my money” list.

A few features of note for the pink sweatsuit-clad pugilist: 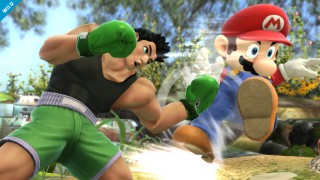 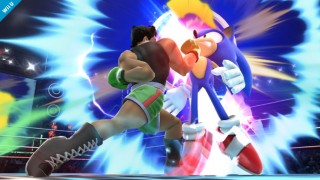 Most exciting and puzzling is the apparent use of Mac’s KO meter from the SNES iteration of the classic boxing game. Watch the trailer closely at about 1:45; Bowser’s damage percentage skyrockets from around 30 percent to over 200 percent as Mac’s meter rises to help him deliver the knockout punch that catches Mega Man on the upswing. Looks like it responds the same way the SNES meter did, but it’s hard to say now if damage will have this specialty throwing in the towel.

Doc couldn’t be more right when he says, “The world’s waiting on you, kid.”

The pink jumpsuit is a nice throwback, and it damn well better be an available skin. Other costume options for the Bronx brawler could pull directly from the Wii title – there are at least blue and gold options that I can clearly recall.

One glaring omission, however. The lack of those telltale ring bells at the start of his trailer. Doesn’t kill the character, but it’s a not-so-subtle touch to be left on the cutting room floor.

GameXplain does a great breakdown of the trailer that you should also check out.

Good clothes open many doors. Go Shopping.
Your moods signal a period of change.
Courtesy is the password to safety.
More Fortunes >