Need for Speed: Most Wanted ~ Very Playable but… 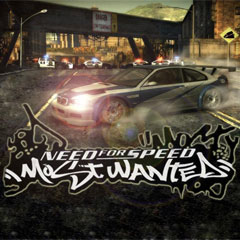 I love my Gamecube. I simply believe that even though it’s heyday is long one, it was a great system. I still replay games on it because one of the reasons I loved it was I believe it had a great controller. Recently, I just beat Need for Speed: Most Wanted on my Gamecube and it was fun. I’ll probably beat it again at some point, but in the mean time here is my review of the game.

I’ll start by saying I’d give the story line a B+, which is good considering this is a racing game. IGN and Gamespot also rated the game fairly high. Like most racing games, specifically the rest in the Need for Speed series, the challenges get harder as you progress, but as you put more time on the road, you’re able to beat those challenges. 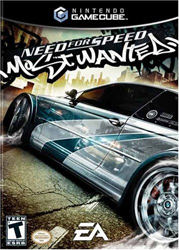 Finally beating a game is always something fun to do, but I found the ending somewhat anticlimactic. The story mode ends with a nice cut scene full of the drivers you’ve beaten and then you’re off on one last police chase, where the heat is turned all the way up. Every cop in the city is on your tail or in a road block up ahead and you have to jump an unfinished bridge to escape the city and win.

So, you finally avoid the police and you get to the bridge and jump it. Then there is a cut scene of about 15 seconds of the cars chasing you falling into the water and the words flash on the screen “Winner”. And that’s it. I had to admit I was expecting a little more. I’m not sure what I was expecting but “winner” on the screen wasn’t what I had in mind.

Overall, I enjoyed the game and I’ll probably pick it up again at some point.

Sharing little joys offer great hope to others.
Even the greatest of whales is helpless in the middle of a desert.
Nothing in the world can take the place of persistence.
More Fortunes >