Five Things about the 2013 – 14 NBA Season: The Good, the Ugly and Ridiculous 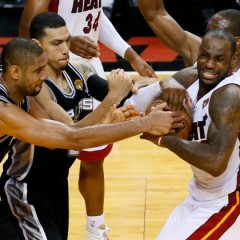 It’s been almost a month since the San Antonio Spurs beat the Miami Heat to win the NBA  title and the much hyped NBA draft has come and gone.

The NBA may be a part of the American, and partially, the global sports landscape, but sometimes there is no escaping the good, the ugly and the ridiculous, as sometimes happens. These events or stories appear both on and off the court, in and out of the arena.

With that in mind, here are the five things that I have learned, in reflection, from the 2013 – 14 NBA season. 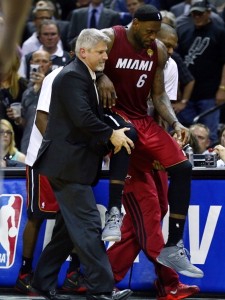 Yes, the exist on the internet and I know that new ones pop up every week. Getting memes from sports is not a new concept, but the fact that this year’s NBA Finals produced two memes was impressive. Were they ironic? I don’t think so. Were they funny? Not really. Did they miss out on a meme? Yes.

#Lebroning and #Parkering were small flashes in the pan of memedom during the NBA Finals, but they exploded over their short 36-hour lifespans. But there was a missed opportunity, as the best meme that was missed was the explanation from the AT&T Center staff on the broken air conditioner. Except they didn’t say that, they just said that the heat was “caused by extremely warm temperatures after the air conditioning in the arena malfunctioned.” 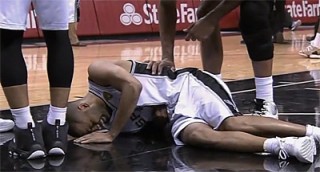 Think about that for a moment? They would have been better off telling us that they ran out of cheese to feed the mouse who runs the wheel that powers the air conditioning. So remember, if you have leg cramps, don’t sit on the floor or you’re #Lebroning, if someone might have elbowed you in the gut, get up and walk it off or you’re #Parkering and last but not least if you’re air conditioning is broken, just say so and don’t make up something about a malfunction. It’s broken, fix it… 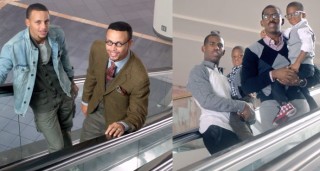 State Farm ran ads all season about Chris Paul being born to assist with his “twin” Cliff Paul. This ad campaign, by all measures of advertisements has been successful in that it has people talking. Especially after they ran a new one, during the NBA Playoffs, about the Paul twins seeing Stephen Curry and his twin. Does this mean that any leading assist man in the NBA is commercial bound? Probably not, but it had quite the buzz for a while and for State Farm and the NBA, I don’t see this as a bad thing.

The 2013-14 NBA Season, will probably be defined by the craziest news story of the sports calendar year; Donald Sterling. I don’t agree with what he said, but I am fairly appalled that people are overlooking the context.

Yes, the man own’s an NBA team, where people on that team were offended by his comments, but it was why he said those comments.

If reports are to be believed, Donald Sterling said what he said, not only because he thought he was off the record, to get laid. “I’m trying to have set with her,” is a direct quote from Sterling, who is already married. 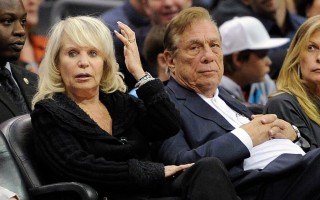 Of course his racist comments were deplorable, but in an America where we know some of the older generations that are still surviving still have these feelings, shouldn’t we be more outraged that he was pretty much will to say anything to sleep with a woman half his age?

Although, again I don’t mean to dwell on the age thing, but infidelity shouldn’t be given a pass over just because you made a racist comment to try and have an affair. Maybe it’s time the public and the press reevaluate their morals? Bigets are bad for our culture, but so to are adulterers; although television and movies might not agree… 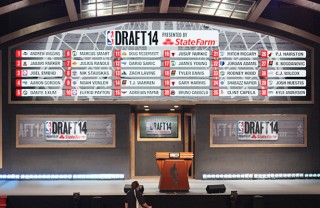 Michael Jordan and Lebron James are easily the two most singularly talented players that have graced the NBA and neither got on the court their rookie year and let their team to the NBA Finals.

These things take time and for the most part, even in the NBA, it’s not just about one player, it’s about the team. Cleveland and Philadelphia had good drafts, but for the rewards of such things, you’ll have to look two or three years down he road.

Just buy your tickets, watch your TV and continue to support the team, because if you don’t, your franchise won’t have the money to keep those players or you’ll never see the championship banner flying high in your arena at home games. 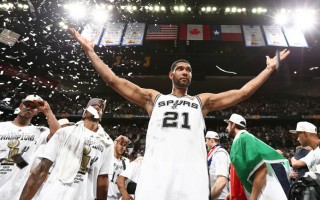 The 2014 San Antonio Spurs were the Ultimate Team

It’s something that we are taught from a young age, most of us, although not everyone was listening; teamwork is better than going at it alone. The truth is that good teams are better than a collection of good, or even great, players and this year’s NBA Finals only further proved the point. For those of you quick to point out that last year the Heat beat the Spurs as opposed to this year, you are correct, but a good team is going to win nine out of ten times, so the Heat got their one win early.

Sure, the Spurs have great players, Tim Duncan is one of the all time greats who is destined for the Hall of Fame, when he hangs up his jersey, but that’s not the point. The Spurs didn’t just look like the better team, they played like the better team. Better passing, better movement and much more trust in one another that anything that was seen from the Heat. 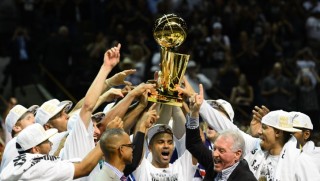 In 2014 the Best TEAM won the Championship

By contrast, the Heat actually have plays where they spread the floor for Wade or Bosh or James to take someone one on one. A designed play that says, we’ll just stand over here, while you do all the work? This is the NBA not road construction. The bottom line is that if you want to win, regardless of what it is you want to win, get a good team around you. People you trust and people who trust you. If you have that, you can’t lose.

So there you have it. Five things from the great teamwork of the Spurs, to the ridiculousness of social media and memes to the ugliness of the Donald Sterling Saga. Here’s hoping next year, the NBA can get through the season and the playoffs without any major incidents.