I will always remember the laughter that Robin Williams brought into the world. 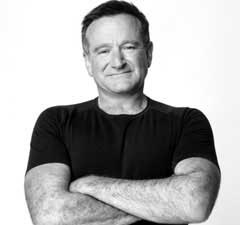 There was a huge outpouring of emotion and public morning in the wake of the loss of Robin Williams. Of course, there is good reason for this. The man had over 100 acting credits to his name in a career spanning over four decades, which included everything for everyone, literally.

Children’s movies and cartoons, off-color comedies, thrillers, general comedies, dramas and more. If it existed, he went after it. I’m sure he turned down roles, but you’d never know it looking through his IMDb.

Loss is something that everyone has to deal with in their own way. For me it’s about time, and in this case, it doesn’t matter that I didn’t know him personally because as most great actors do, he touched my life and the rest of the world through his talents. 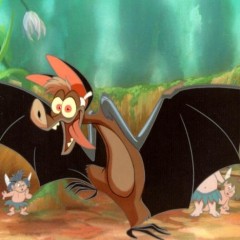 He was, at his core, a great comedian. This is something that has been a constant through the years, making all of his dramatic roles that much more of a poignant reminder of the greatly talented actor that he was.

While he had many roles, there are some that stick with me more than others. I will remember him as the Genie from Aladdin and as Batty Koda from FernGully: The Last Rainforest, as Walter Finch in Insomnia and Rainbow Randolph in Death to Smoochy, as Armand Goldman in The Birdcage and Leslie Zevo in Toys, as Peter Banning in Hook and Adrian Cronauer in Good Morning, Vietnam, as Mork in Mork & Mindy and Happy Days, as John Keating in Dead Poets Society and Sean Macguire in Good Will Hunting, but most of all I will remember him as Robin Williams the Comedian. 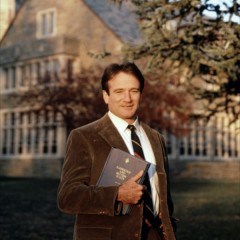 As with most celebrity deaths, the right here and right now dictates that for some reason we focus on the cause and not the loss. This was as true for Robin Williams as it was for John Belushi, Chris Farley, Kurt Cobain, and many others.

The sense of loss, however, makes us believe that the world is somehow less funny now than it was. But this isn’t the case either. There is a cycle to this thing called life.

Did the music really die outside of Clear Lake, Iowa with the deaths of Buddy Holly, Ritchie Valens, and The Big Bopper? Did we stop imagining a better world of social equality with the deaths of Martin Luther King, Jr, John F. Kennedy, and John Lennon? Did comedy die with the premature deaths of so many other talented comics? The answer is no. We move on, but we remember and we allow those whose talents have disappeared before their time to stand as benchmarks for how great we can truly be.

I cannot tell you how to remember. I also cannot tell you how to forget. I will choose to remember, not the tragedy of losing poignant transformative  celebrities in my time on earth but the greatness they did while here. How you remember is your business, but in remembering their life we can smile, reminisce, we can feel happy again, which is not something that can be said when we simply focus on how it ends.

(My friend Joe Cetta, wrote an extremely beautiful piece on the  passing of this legend.)

Robbin Williams as Sean Macguire in Good Will Hunting

Robin Williams as Mork from Ork in Mork and Mindy
Tagged: comedy

Today it’s okay to make a few choices by going with your instincts.
Nothing in the world can take the place of persistence.
Good clothes open many doors. Go Shopping.
More Fortunes >